5 SpaceX Will Land Americans on the Moon Again, With NASA’s Artemis
Car video reviews:
Up Next

In 2020, NASA announced that the Artemis program, which will put American man (and woman) on the Moon, needed a Lunar Terrain Vehicle (LTV). That contract has been awarded to General Motors and Lockheed Martin, and the first details of his “innovative” LTV have been released.
1 photo
GM is no stranger to building lunar rovers, of course: back in 1969, it was a Boeing subcontractor for the rover used in the Apollo missions. In addition to experience, GM will bring its battery technology and autonomous technology to the table, as the newest LTV will be both all-electric and fully autonomous, a new class of exploration vehicle.

On the other hand, Lockheed Martin boasts decades of experience within the aerospace industry, including space flights. The resulting partnership will deliver a “unique vehicle with innovative capabilities,” allowing astronauts to “explore the lunar surface in unprecedented fashion and support discovery in places where humans have never gone before.” Or, as Captain Picard would always say, “to go where no man has gone before.” Because man did not have the right vehicle for the job then.

Full specs of the upcoming buggy have not been revealed, but we do have a futuristic video presentation that is equal parts vague and intriguing and very promising. You will find it below.

The idea is to make the buggy autonomous to allow safer exploration of presumed dangerous areas and maximize efficiency. That includes the Moon’s south pole, which is colder and has a more rugged terrain. The 1969 LTV, for instance, had a range of 57 miles (91.7 km) but never went farther than a little over 4 miles (6.4 km) from the lander. It also had a top speed of 8 mph (13 kph), for what it’s worth.

The new LTV is yet to secure funding from NASA, and no timeline has been announced for it. But, as Rick Ambrose, executive vice president Lockheed Martin Space notes, “surface mobility is critical to enable and sustain long-term exploration of the lunar surface.” With the next lunar landing scheduled for 2024, more info is bound to emerge soon. 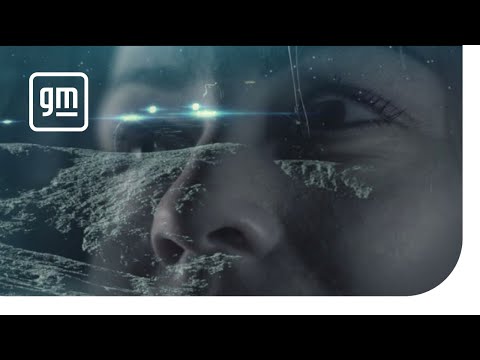