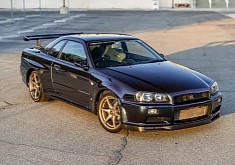 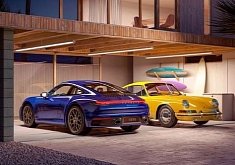 Shooting Down a Cruise Missile With a Laser Is Nothing Like in the Movies, Here's Proof

10 Aug 2022, 07:36 UTC / Lockheed Martin announced it has successfully tested the prototype communications radio technology for the Next Generation Interceptor, and it works

22 Jul 2022, 07:30 UTC / It’s been more than 50 years since Goodyear’s non-pneumatic XLTs (Experimental Lunar Tires) left their mark on the moon’s surface during the Apollo 14 mission

13 Jun 2022, 18:34 UTC / In service with as many as five Air Forces in the Middle East and East Asia since 2005, Lockheed Martin and KAI have maintained a working relationship since.

20 May 2022, 09:05 UTC / Lockheed Martin and Airbus announced this week production of the refueling boom for the LMXT tanker will take place at a new facility in Arkansas

Rolls-Royce ColdFire Powers a New Generation of Laser Weapons for the U.S. Navy

19 May 2022, 04:01 UTC / ColdFire is a cutting-edge power and thermal management system that takes the new generation of electric laser weapons to the next level

Oshkosh Tactical Vehicles Now Use Spike Missiles, Can Shoot Them at Targets 20 Miles Away

19 Apr 2022, 09:16 UTC / NASA and Lockheed Martin take the X-59 QueSST aircraft back to California for more testing before the anticipated test flight later this year

You Can Forget About Mega Yachts, We Want This MC-130J Commando II on Water Skis

24 Mar 2022, 10:54 UTC / Video of the Space Launch System rollout at the end of last week shows a journey of several hours compressed in just two minutes

15 Mar 2022, 14:16 UTC / Defense contractor Lockheed Martin announced this week it has recently delivered the 500th C-130J Super Hercules in the hands of the U.S. Air Force

23 Feb 2022, 16:16 UTC / After announcing manufacturing sites, Lockheed Martin gives the world a glimpse at how the LMXT future strategic tanker is supposed to work

17 Feb 2022, 10:42 UTC / Defense contractor delivers the 900th center fuselage for the F-35 Lightning II, production is not even half way through to the end goal

16 Feb 2022, 12:46 UTC / NASA trusts Lockheed Martin with making some of the most important pieces of hardware for the Mars Sample Return mission

8 Feb 2022, 14:43 UTC / NASA awarded Lockheed Martin a $194 million contract to design and develop the MAV, a small rocket set to carry the first samples back to Earth

3 Feb 2022, 08:43 UTC / Lockheed Martin announced this week the production sites for the LMXT Strategic Tanker: Airbus will make it in Alabama, Lockheed transform it in Georgia