2 Ford to Retract from News of the World Advertising

4 Ford Sales Up 14% in June, Truck Demand Rebounds
Car video reviews:
Up Next

Mitsubishi Outlander Sport PHEV to Arrive in US in 2013 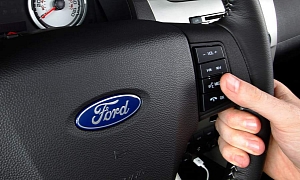 Ford is known to be a company that is more focused on taking good care of its customers. The automaker has thus started to test a new live “Operator Assist” program. The program kicked off last week and will run trough the summer. This new feature willconnect drivers with a live operator if they have trouble getting directions electronically after three attempts, according to Ford spokesman Alan Hall.

Ford is taking a page from General Motor’s OnStar system by testing live phone operators in order to help customers looking for directions towards a business using Sync.

The operators will be provided by MyAssist, a supplier in Stevens Point,Wisconsin.Sometime this fall Ford will decide whether the testing experience was successful enough to offer it on a broader basis. The “Operator Assist” feature would be free for three years, after which they would pay a $60 annual subscription fee, according to Ford.

“Our customers asked for additional assistance in situations where their voice request was not understood,"said David Gersabeck, product manager for Sync Services.

The unreliable voice recognition software was a setback that affected Ford’s performance last month quality study that was performed by J.D Power and Associates. Ford took a downwards direction slipping 23rd this year with 1.16 problems per vehicle, compared with an indusry average of 1.07 problems per vehicle. Customers reported problems with its in-car technology, particularly voice recognition,were a primary reason for the decline in Ford’s performance.

As a countermeasure Ford has aggressively pushed features such as Sync AppLink, which enables the drivers to download smartphone applications trough Sync.

The Sync AppLink, that was launched in 2010 provides drivers with voice-activated access to traffic, news, sports, weather, horoscopes, and navigation directions, application that willalso power the new "Operator Assist" program.