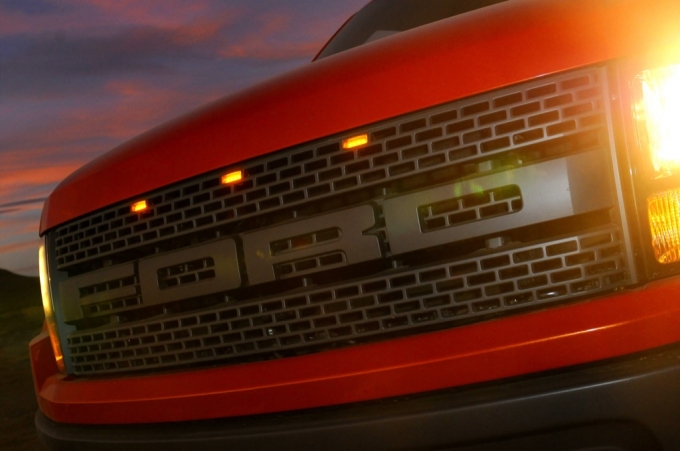 What may very well be the meanest, baddest truck off of an assembly line this year, the Ford F-150 SVT Raptor, was named the 2009 Truck of Texas by the Texas Auto Writers Association (TAWA).

"Winning the Truck of Texas is a distinct honor," Mark Fields, Ford Americas president said in a release. "Texans know their trucks, and this award is further proof of why the F-150 remains America's number-one selling pickup. We built F-150 SVT Raptor for truck enthusiasts."

"And we're gratified it's gaining recognition for both its unequaled off-road performance and confidence-inspiring on-road demeanor."

The Raptor is powered by a 5.4l Triton V8 three-valve engine, capable of releasing a maximum power of 320 hp and 390 lb.-ft of torque. A new, bigger, 6.2l V8 engine is scheduled to be introduced in the near future with improved performances. According to Ford, the engine is undergoing "intense, cruel, dusty and dirty testing," to see how the 400 hp and 400 lb.-ft of torque behave.

In August, the American manufacturer announced that thanks to the high number of orders (1,500 at the time), it will be forced to ramp up production at the Dearborn Truck Plant. Now, the number of orders placed for the $38,995 Raptor increased to some 3,000.

"Nobody has ever done a product like this, so people are really excited. This is the ultimate expression of “Built Ford Tough.” They’re anxious to get this truck in their driveway and then take it off-roading on weekends," Mark Grueber, F-150 marketing manager said back in August.