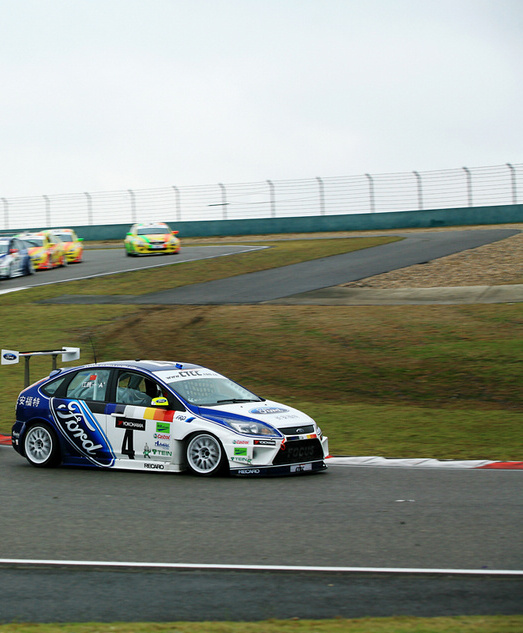 Ford plans to introduce the all-new Focus to the motorsports world as a next-generation touring car for global competition. The announcement was made at the 2010 Specialty Equipment Market Association (SEMA) in Las Vegas, Nevada.

The move strengthens Ford's reputation as a manufacturer of affordable yet high-performance platforms that can be converted to race cars, along with the Mustang and the Fiesta. Ford's new global touring car will be developed with private race teams in cooperation with the company's motorsports division.

“There has been tremendous interest from the racing world about the new Focus, and it’s the perfect fit for a global touring car,” said Jost Capito, director of Global Performance Vehicles and Motorsports Business Development. “Even more, by working with professional private race teams, we’re ensuring Focus has the support it needs to compete and win.”

Ford supports professional private racing teams, providing data, advanced engineering tools, testing facilities and production parts so that common technical specifications for the race car can be developed, in compliance with FIA Super 2000 regulations. The car also has potential to adapt to other regulations.

A production Ford Focus ST is also in development, scheduled for release in 2012. It will be powered by Ford's EcoBoost 2.0-liter l-4 engine with direct injection and twin independent variable camshaft timing. A six-speed PowerShift automatic transmission will be offered, together with a lowered chassis, high performance brakes and unique suspension tuning.