3 Doc Brown and the Time Machine Return in New Teaser, But It’s Not What We Hoped For

4 Forget about Lexus, We Found the Real Doc and His Hoverboard – Video

5 What If Back To The Future Time Machine Was a Modified Lamborghini Countach?
Car video reviews:
Space Junk

1 photo
Marty McFly would have been a lot greater at selling the levitating skateboard of the future, today. Universal Pictures went for this dread-rocking skater with a bad attitude instead. “No wheels. No friction. Just little air. Thick air. Air air. And... mega air!”

Gone are the days when giant movie producers like Universal Pictures would just announce a new project and then wait for it to hit the screens. No, it’s all about promoting your product the best way you can nowadays. Who cares if it gets annoying, if it feels like a broken song that’s on repeat? People need to know about it.

Just think of how they sold Furious 7, for instance, not to mention other blockbusters currently running in theaters. This is not about a new production, though, it’s just an enhanced DVD set of the Back To The Future trilogy that will be released on the same day Marty McFly and Doc Brown travel to the future in the second installment of the saga.

The one-minute commercial sees the skater mentioned above introducing this cool skateboard that needs no tarmac to powerslide, just mere air. Ride with no friction on your very own pink Hoverboard just like Marty did in the movie - that's the message here. Sure, it’s a fake ad, but as we all know, it could make for a real one since the technology is available.

Lexus rocked the place heavily already when it brought an actual hoverboard to the world. Amazement is a much too small word to describe the reaction that the movie’s fans had. As opposed to the one featured in the science fiction action film, however, the Lexus board needs several conditions to work and is far from being in production.

Call this it cool and fun, but we’re still suckers for the recently restored DeLorean time machine, whose assembly was conducted by none other than Back To The Future writer-producer Bob Gale. 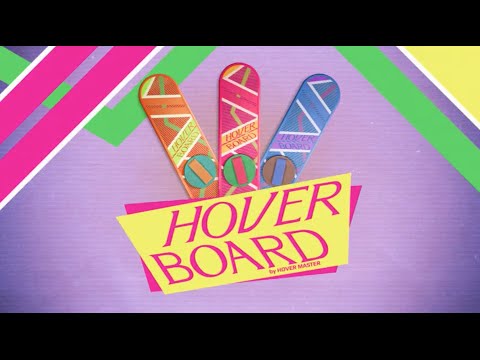