2 Doc Brown and the Time Machine Return in New Teaser, But It’s Not What We Hoped For

3 Forget about Lexus, We Found the Real Doc and His Hoverboard – Video

4 What If Back To The Future Time Machine Was a Modified Lamborghini Countach?

Ionut Ungureanu
In less than two weeks from now, a moment from the past that prospected the future will finally happen. The time-space continuum of this idea itself may cause some bewilderment. The fact that the iconic DeLorean DMC-12 was a complete wreck 30 years from that moment clearly caused a lot more unsteadiness, considering that a team was eventually established and the Time Machine was brought to its initial glow.
1 photo
Oh, yes, that’s exactly what happened. No search, just the rescue, but judging by the outcome, we trust it’s safe to say that they have done a stunning job. Called “Outtatime: Restoring the DeLorean,” the trailer in question is here to tease Back To The Future fans once more and to remind them that the 30th Anniversary Trilogy Blu-ray & DVD box set comes with all sorts of goodies.

Available from October 21st, fans will not only get the chance to watch the trilogy all over again, but to enjoy further videos that are also part of the package. One of these featurettes is the documentary that follows the one-year restoration process of the Irish car-star that everybody loves so much.

As we mentioned above, over the years, the DeLorean that Michael J. Fox and Christopher Lloyd drove in the legendary film trilogy had fallen into disrepair. It may be a time machine car, but sitting in the rain, plagued by souvenir hunters, rats, and weather elements significantly affected its state.

Luckily, though, a restoration team was assembled to return its former glory, and that assembly was conducted by none other than Back To The Future writer-producer Bob Gale. The team put all their efforts and meticulously got every detail right so it would be precisely as it was on set. Just in case you feel like traveling back to the future from the comfort of your couch once more, you should know you can pre-order your own copy of the October 21 release. 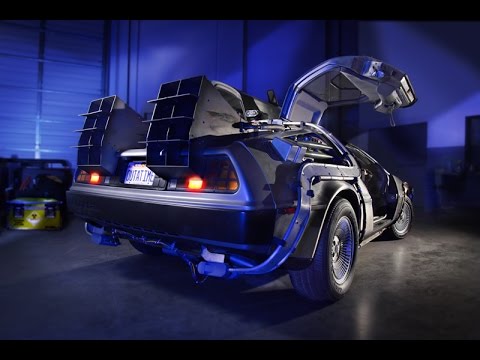