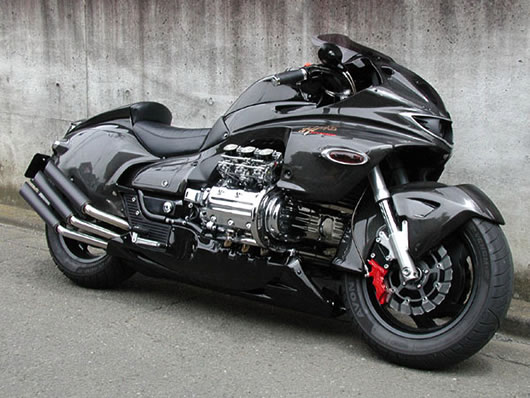 You might know it as the GL1500C if you are an United States resident or as F6C as it was named in other markets, but it’s still a Valkyrie, a quite unpopular model built by Honda from model years 1997 to 2003. Despite the fact it hasn’t attracted as many fans as intended, the Valkyrie is still drawing attention of Japanese tuning houses.

So is the case with the guys at Whitehouse Japan, who have taken the six-cylinder power cruiser and applied a shocking facelift, one that provides a mouth-watering result, somehow reminding us of Hayabusa’s styling cues.

Dubbed Whitehouse Ryujin, or Dragon King, this super-modified Valkyrie received various bodywork enhancements, including a stylised front fairing and custom painting that makes it look like a menace to the road. In addition to that, the seat height is 28.75 inch 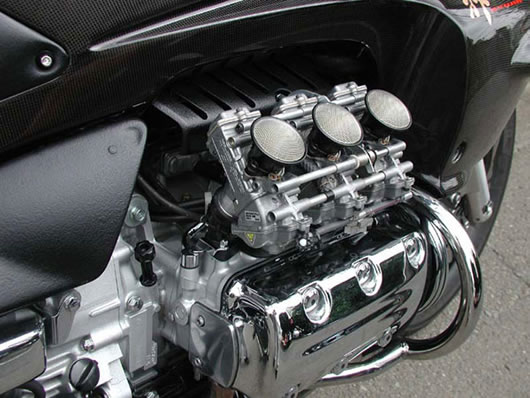 Powered by a torque-laden 1520cc single camshaft flat six-cylinder engine, the bike has also received an exhaust pipe treatment with six end cans in total. Delivering 100hp and 132Nm (96 lb.ft.) of torque, and boasting a 16-liter fuel tank, this beast is likely to make you actually enjoy the Valkyrie.

The Dragon King Valkyrie tips the scales at 296kg (653lbs), which is quite reasonable for a bike with such a giant engine displacement.

We have to remind you that in the original Valkyrie model, this unit has been transplanted from Honda’s Goldwing bike, which was quite unusual since most cruiser-style bikes were based on a V-tein engine design similar to Harley-Davidson’s. The Valkyrie was built by Honda’s Ohio-based plant in the United States, and it was offered with a reverse gear in Japan.