5 Chevrolet Camaro Z/28 Owned By Chris Harris Is Up For Auction
Car video reviews:
Up Next

Sorry to burst your bubble, but September is right around the corner. After that comes October 2019, the month Chevrolet plans to reveal the convertible body style for the C8 Corvette.
61 photos

Assembly plant manager Kai Spande made the confirmation during the NCM 25th Anniversary Celebration, an event that has also seen General Motors donate a prototype of the C8 to the National Corvette Museum as a permanent exhibit. The convertible has already been teased, and as you’d expect, the changes over the coupe aren’t plenty.

First things first, let’s start with numbers. At 3,637 pounds or 1,650 kilograms, the convertible is the heaviest Corvette Stingray of the eighth generation. It’s heavier than the coupe with the Z51 Performance Package if you were wondering. What is genuinely surprising is that the previous generation is a lot lighter at 3,362 pounds or 1,525 kilograms.

With a full tank of gas and Z51 go-faster parts, the convertible could push 3,679 pounds (1,669 kilograms) if our math is right. Part of the reason for this increase in weight is the roof, now coming in the form of an electrically folding hardtop instead of good ol’ canvas.

Fret not, however, because the LT2 small-block V8 coupled to the Tremec dual-clutch transmission is an extremely capable combination. Under three seconds to 60 miles per hour for the coupe is plenty quick in our book, and given that the Z06 and ZR1 haven’t been launched yet, there’s a lot more performance to extract from the mid-engine sports car.

If Kai Spande is right on the money in regard to the reveal, the Corvette Convertible in Stingray flavor is expected to make its auto show premiere in the flesh in November 2019 at the Los Angeles Convention Center. The ZR1 Convertible from the seventh generation came to this venue two years ago with supercar-rivaling horsepower from the LT5 engine.

Pricing? That’s another thing we don’t know about the C8 with the folding top, but it wouldn’t be too hard to make a guess. The difference between the coupe and convertible amounts to $4,500 for the 2019 model year, and if Chevrolet will carry this pricing policy forward, then the 2020 convertible should retail at $64,495 including destination charge. 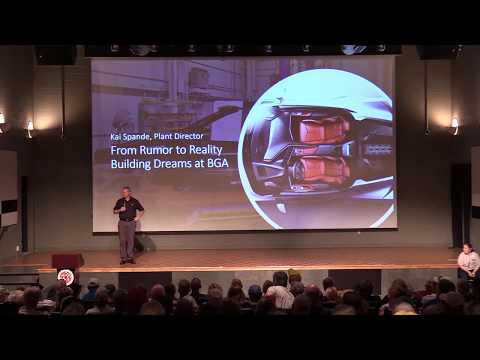