3 Master the Art of Sliding Sideways with Absolute Drift, Now Free for Download

While racing games have been around for a while on mobile, with some titles eventually becoming quite a hit, it goes without saying that most are more or less arcade titles that don’t necessarily provide you with a genuine racing experience similar to PC and console titles like Assetto Corsa, Gran Turismo, and others.
1 photo
But Codemaster, the company recently purchased by Electronic Arts, promises to change this with a new game called Racing Master and coming as a beta to iPhone and Android as soon as this March.

The racing game will initially be available for testers in the United States and Canada, though right now, Codemasters hasn’t said anything about the ETA when Racing Master is projected to go live in the App Store and the Google Play Store worldwide.

What we do know, however, is the game will be developed together with NetEase Games and will use the Codemasters EGO technology and the Unreal 4 engine.

Racing Master will include what Codemasters describes as “hyper-realistic cars” from a list of impressive brands like Ferrari, Lamborghini, Porsche, Koenigsegg, and Aston Martin. There will be hundreds of models, the company promises, and by the looks of things, the game will let players customize them up to the smallest detail, including “real-world parts from leading manufacturers.”

Since it’s supposed to bring racing simulators to mobile devices, Racing Master also gives players full control over the handling of each car, and it’ll offer support for both tilt and touch, two options that are already available in most racing games on mobile devices.

At first glance, it looks like multiplayer support will also be offered, as Racing Master will allow you to compete “against other players in cities around the world to become a racing champion.”

No further specifics have been shared, such as whether Racing Master would be offered for free or not, but a trailer shared on YouTube provides us with an early look at the mobile gameplay. 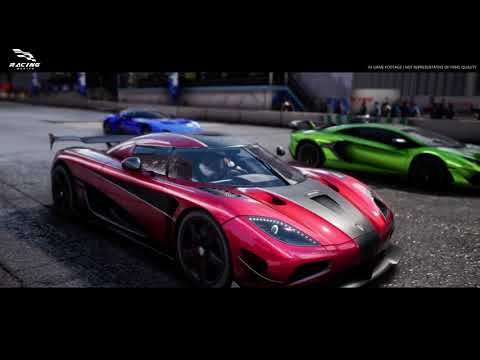