2 No More Jets for Citigroup During the Crisis

3 Detroit's Big Three Pull Out of this Year's Tokyo Auto Show
Car video reviews:
Up Next

Cessna Believes Detroit Automakers Should Have a Private Jet 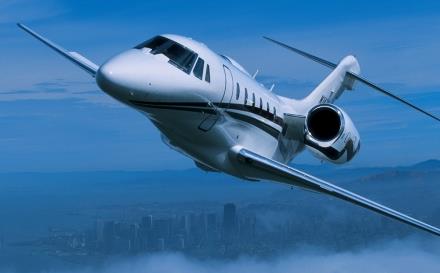 During these days of global recession, companies that are purchasing a private jet have been highly criticized. You probably remember how much criticism the Detroit automakers have attracted when they travelled to Washington to ask for a government bailout via private planes.

But Cessna, the American aviation company has started a campaign to justify the need for a private jet. According to Advertising Age, Cessna began a print-ad campaign yesterday that is meant to convince business leaders a private jet is more than necessary for any company that sees itself on the top of success. "Timidity didn't get you this far. Why put it in your business plan now? In today's corporate world, pity the executive who blinks," the ad says.

The ad was published in the Wall Street Journal is called “Rise” and claims that “True visionaries will continue to fly. Because in tempestuous times, leaders recognize it's not about ego. Or artifice. It's simply about availing yourself of the full range of tools to do your job."

Apparently, it all started with the negative comments on the Detroit automakers for using private jets in a moment when they struggled to survive. This has turned into an image-problem for the private-aircraft business that needs to be solved as soon as possible.

"We're the largest general aviation manufacturer out there," he said. "We have a big dog in this fight. We feel like we must take a stand," Robert Stangarone, VP-corporate communication.

In addition, Cessna executives claim that it was high time we heard their opinion as well. Everybody was criticizing companies for purchasing a private jet but no one has yet seen the other side of the story.

"It's time for the other side of the story to be told," said Jack Pelton, chairman-CEO and president at Cessna. A spokesman said the ads were meant to be hard-hitting. "I would characterize it as a counterattack on the misinformation out there."

Therefore, the campaign will run in national business newspapers and magazines as well as aviation trades and will also contain a public-relations campaign.