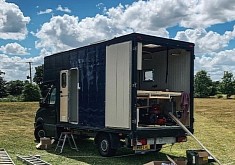 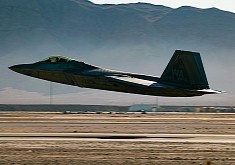 Polar Bear Rides Shotgun in MINI Cooper SE, and It's All About Raising Awareness

9 Aug 2022, 07:55 UTC · By: Cristian Gnaticov / The polar bear inside the MINI Cooper SE is a nod to the company's mascot, Bulldog Spike, shown in the early TV commercials

Machine Learning Bot Can Replace Your Gardener, It Plants and Weeds on Its Own

10 Aug 2021, 08:37 UTC · By: Cristina Mircea / This smart garden robot is so capable that you can ditch your gardener and trust this little guy to take over all the responsibilities. Meet Sybil.

11 Jun 2021, 09:50 UTC · By: Aurel Niculescu / It's all part of the ongoing “Are you AMG-ready" campaign that focuses on both the past and present but also comes with a hint of what comes in the near future

Fingerbot Plus Knows How to Push Those Buttons, It Can Make Everything for You

WHO Launches Campaign to Reduce Urban Speed Limits to 20 MPH

19 May 2021, 12:49 UTC · By: Florina Spînu / The WHO organized the 6th edition of the Streets for Life campaign that calls to reduce speed limits in urban areas to 20 mph and reduce traffic fatalities

4 May 2021, 10:04 UTC · By: Florina Spînu / The new campaign marks the beginning of the positioning of the Mercedes-AMG brand as a sub-brand of Mercedes-Benz, addressing specific group targets.

31 Jan 2021, 09:35 UTC · By: Aurel Niculescu / An automotive irony basic course that probably escaped JLR officials might have pointed out that's an awfully bad name when trying to sell cars

Porsche Might Be Preparing Something Special Through #Unseen Social Media Tag

9 Nov 2020, 12:33 UTC · By: Aurel Niculescu / The new teaser campaign debuted over the weekend, and already we have a second episode - but patience is a virtue because Porsche is spreading it on two weeks

4 Aug 2020, 12:25 UTC · By: Aurel Niculescu / The Goodwood-based luxury brand is just about ready to unveil the second-generation Ghost, but not before a teaser campaign showcases hidden snippets

3 Aug 2020, 14:48 UTC · By: Aurel Niculescu / The Japanese luxury automaker has kicked off the marketing efforts for its newly introduced open-top grand tourer, the brand's priciest model in the U.S.

Ultimate Obama Memorabilia? You Can Own His Campaign Bus Chair

1 Jan 2017, 09:38 UTC · By: Sebastian Toma / A pair of branded chairs that were placed in Barack Obama's campaign bus has been placed for sale at auction by a company from Boston. Price is estimated at $6k

Nissan Plans Global Celebration of Usain Bolt's Birthday, You Can Join In

19 Aug 2016, 17:17 UTC · By: Sebastian Toma / Do you like posting pictures of yourself on social media? Here's your chance to join a global campaign started by Nissan to celebrate Usain Bolt's birthday

Volvo Wants You to Save Water by Driving Dirty

NHTSA Encourages Drivers to Buckle Up With New Safety Campaign

20 May 2014, 09:27 UTC · By: Mircea Panait / Even though American motorists buckle up more than ever before, 2013 saw the first increase in fatalities in five years for unrestrained passenger vehicle occupants. Despite state level education...

20 Feb 2014, 10:35 UTC · By: Ciprian Florea / Ford Motor Company has announced it will loan up to 100 new Ford EcoSport vehicles to music, fashion, food and sport bloggers from ten European countries as part of its brand new “EcoSport Liv...