The upcoming F-150 Raptor R may pack a Shelby GT500-like punch from its Predator V8 engine, but nevertheless, it doesn’t have the presence of the custom-built dually we’re covering today. A double dually pickup truck, to be more precise, based on a heavy-duty ‘Rado from MY04.
32 photos

Offered by Gateway Classic Cars and currently located in Arizona, this one-of-none Goliath of a truck was originally intended to transport speed racers for Spectre Industries at the Bonneville Salt Flats in Utah. Refinished in black compared to the original two-tone paint scheme of red and champagne, the GM workhorse no longer wears the front end of a ‘Rado.

Botoxed with a Cadillac fascia and taillights as a nod to the Escalade EXT, the heavy-duty pickup was featured on the cover of Truckin’ Magazine. Further displayed at the SEMA Show and on the Hot Rod Power Tour, the unique build features 22-inch wheels from Brentz and independently adjustable airbags for each axle. Gifted with a tubbed rear end, the custom pickup further boasts a Rhino-lined bed that can be raised or lowered hydraulically.

Under the hood, you’ll find a pretty serious engine in the guise of a blueprinted big-block V8. The selling dealer lists the motor with 529 cubic inches (8.7 liters), which is ginormous by modern V8 standards.

The only details I simply can’t fathom about this truck concern the interior. More specifically, the cream leather upholstery on the seats has seen better days while the matching door cards are tremendously awful in their design. The way the speakers are integrated isn’t particularly delightful either.

On that note, have a wild guess how much Gateway Classic Cars wants for the custom-built leviathan. The asking price is listed at $65,000, which is $375 less than what Ford is charging for the V6-engined F-150 Raptor. 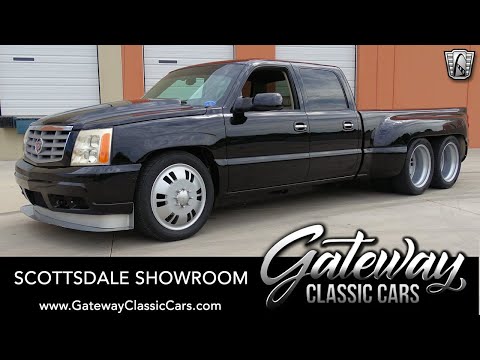