Vlad Mitrache
For a company building an eco-friendly electric SUV, Bollinger sure has no problem cutting a few trees down if it serves its purpose. To be fair, it looked as though some of them were already uprooted, but the simple fact they brought a chainsaw out in a forest shows intent.
1 photo
The Bollinger B1 is indeed a wide vehicle at 76.5" (194 cm), but it's not out of the ordinary. Other SUVs with some off-roading credentials - such as the Land Rover Discovery, for example - are over two meters wide, and yet you don't see them packing gas-powered tree-cutting instruments in their trunk.

Leaving that aside, the B1 does seem to look in its element on a forest track, even though its boxy shape immediately stands out among all nature's curved and rounded things surrounding it. Its makers promise the electric SUV/pickup will be able to tackle even more difficult environments, but since this was its first off-road test, they started lightly.

We can see the four-by-four crest over fallen logs and negotiate uneven patches of ground which, despite not being that deep, seem to leave the B1 on three wheels quite often. It looks like the team will have to decide whether it wants to have the SUV set up for road or cross-country use because you can't really have both.

The front articulation seems restricted at the moment, something those interested in off-roading won't like. Bollinger might also make it easy for owners to adjust between different settings, leaving everyone to opt for what best suits their needs.

Recently, Bollinger claimed its unreleased B1 has already racked up over 10,000 reservations despite a lot not being known about the vehicle, including its price. That's not just hard to believe, but it would also mean Bollinger would have to figure out a way of manufacturing the B1 at a high-enough scale of face waiting times that would make Tesla Model 3's seem like a breeze. 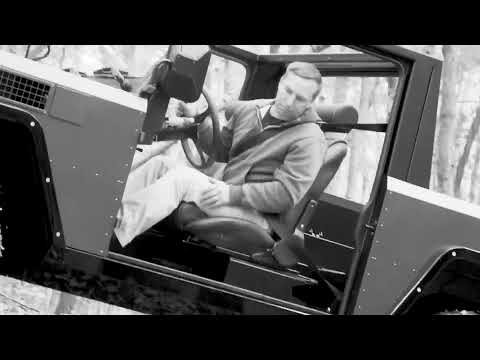 Editor's note: We were just nitpicking - bringing a chainsaw when going off-road through a forest is actually a good idea. You never know when you might find the path blocked by a fallen tree.