3 BMW 7 Series to Get "the New Aluminum" from Novelis

BMW Lights the Way to a Safer Future 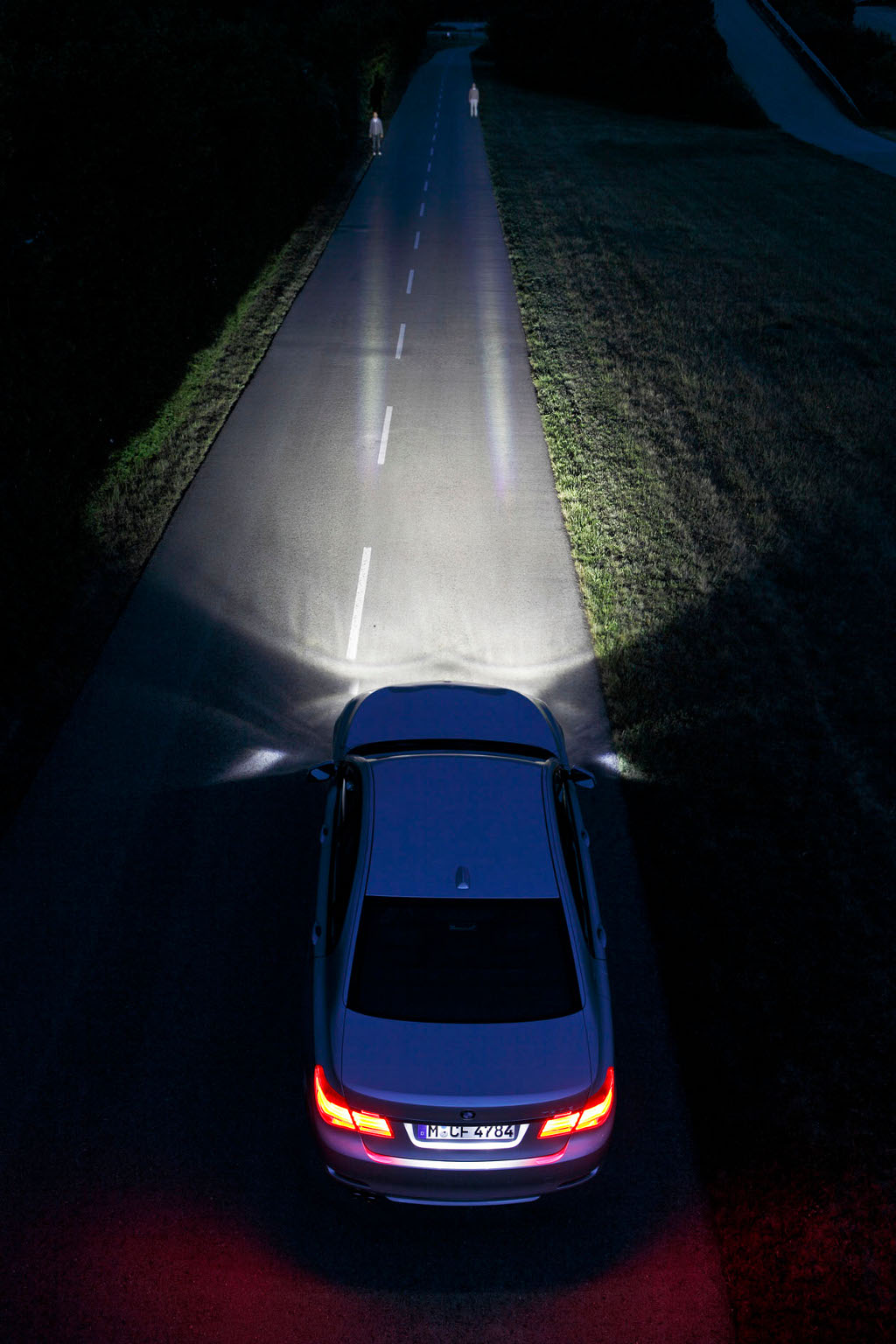 German manufacturer BMW is making the headlines today, as it has announced the introduction of a series of technological advancements in vehicle lights that will pretty much change the way in which drivers experience their world at night.

Called Dynamic Light Spot (DLS), the new technology is used to automatically direct a beam of light onto pedestrians as soon as the car detects them, helping the driver spot the danger and giving him enough time to react.

Cleverly hidden under the umbrella of BMW's series of technologies called ConnectedDrive, the DLS will be integrated into the Night Vision (already available on BMW models) system that uses a thermal imaging camera to scan the road ahead with a viewing angle of 24 degrees.

The DLS uses sensors to identify potentially endangered objects in the driver’s surroundings, dangers which it subsequently illuminates with a spot of light. An extra spot of light, marking the expected path of the car as it hurries towards the obstacle will be helping the driver make the necessary course adjustments. Unlike in other similar systems, the spot of light is projected onto the road, and not on the screen of the driving assistant.

According to BMW, the Night Vision system can detect dangers to a distance of up to 97 meters on average, According to studies, that's more than enough to give the driver a quick reaction time, as he, without using the system, wouldn't have spotted the danger before he got to about 29 meters.

A more elaborate piece on the DLS will be featured on autoevolution later in the week, in the Auto Guide section.