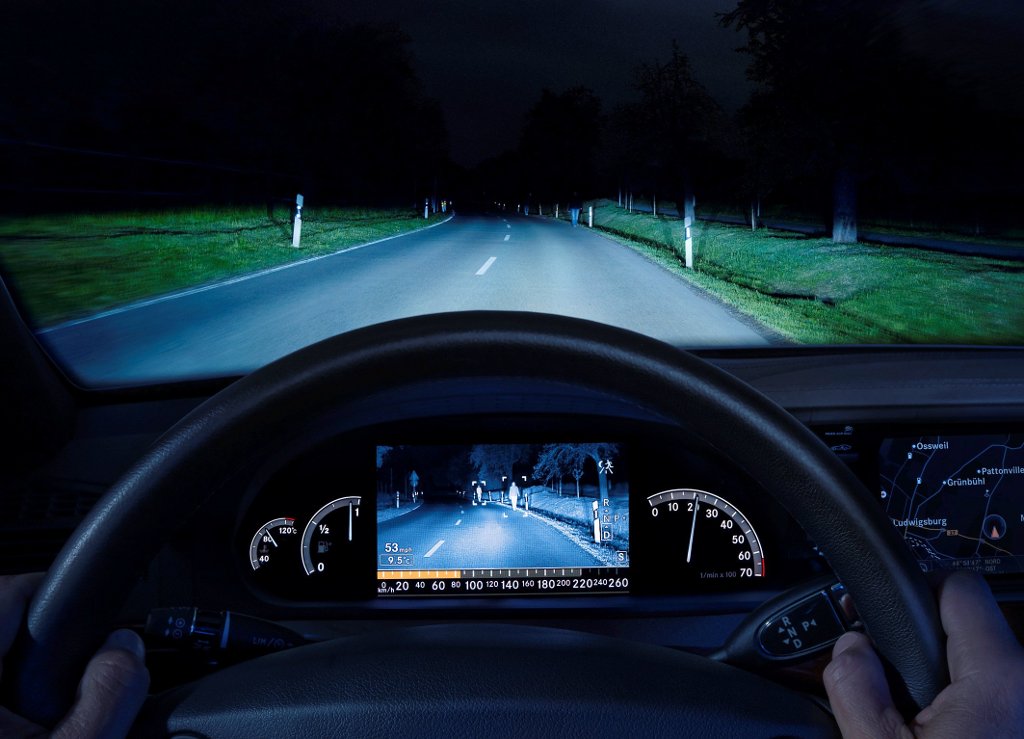 Global automotive and industrial technology supplier Bosch has just released details of its enhanced night vision system, that is now even safer for both drivers and pedestrians. Dubbed Night Vision Plus, the new active safety system provides a high-contrast image of the area immediately ahead of the vehicle.

The image is further analyzed and pedestrians are identified and highlighted on the screen. This allows the driver to take appropriate action at an early stage, considerably reducing the risk of accidents involving pedestrians.

According to Bosch, the first production car that featured the Night Vision Plus system was the new Mercedes-Benz E-Klasse. The technology, known within Mercedes-Benz as “Night View Assist Plus” is also available on the new generation S-Klasse.

So how does this exactly work? The Bosch active night vision system uses four main components to provide an accurate reproduction of the area immediately ahead of the vehicle. Infrared headlights, whose beams are invisible to the human eye, illuminate the road. The illuminated area is recorded by a camera which is installed behind the windscreen.

The images created then are processed by a control unit and shown on a high-resolution display in the cockpit. The infrared headlights have a range of 150 meters, three times more than common low-beam headlights. At the same time, however, they do not dazzle oncoming road users.

A separate control unit analyzes the camera image pixel by pixel to pick up the infrared light reflected. Innovative analysis strategies then allow the system to distinguish between stationary and moving objects. When a moving object, for example a pedestrian, is detected, it is highlighted on the screen display allowing early reaction by the driver.