2 Not All Floyd Mayweather’s Cars Are Black: White Bugatti For His 44th Birthday

Elena Gorgan
This is the kind of dilemma that not many regular Joes or Janes have, but what do you do when you can’t decide which of your two favorite supercars to buy? You get them both.
13 photos

Trevor Bauer is not your regular Joe, of course. Coming off an outstanding 2020 season, which saw him earn the Cy Young award and a $102 million three-year contract with the Los Angeles Dodgers of Major League Baseball (MLB), he is having what you might call “a moment.” And it’s one that deserves to be celebrated appropriately: with the purchase of a new car.

In a new vlogging episode, Bauer takes his fans on a couple of days of his life, which predictably include training, dinner with friends, work stuff, and buying a new car. That’s the part of this video (see it at the bottom of the page, starting at the 6.25-minute mark) that Bauer says he’s the most excited about, and can you really blame him? He wants to get himself a new McLaren because he just landed a new contract.

First off, though, he drops by the Ferrari Scottsdale dealership with a friend because, she explains, “Ferrari is not as good as McLaren, we’re saving the best for last.” There, Bauer likes a certain pre-owned Ferrari 488 Pista in custom red, with the signatures of all those who built the car on the engine, which he considers a special touch.

Thinking he might go back for the Pista, Bauer heads to McLaren Scottsdale, where he hopes to see a Koenigsegg. This is actually his ultimate dream car, but he keeps saying he can’t afford it, so he’s not even thinking about buying one.

At McLaren, he admires (fan-boys?) every McLaren on the floor and becomes nearly speechless when he lays eyes not on one but two Koenigseggs: a Gemera and a Jesko. Asked to step inside the Gemera, he’s further blown away by the available space and all the tech.

In the end, after consulting with his agent and his father, Bauer ends up buying himself a McLaren—the 765LT, based on the second video below, in which he talks about how he wants to customize it because he’s only had pre-owned McLarens so far. He also puts a down payment on the Koenigsegg Gemera, saying he won’t get to actually drive the car for at least another year and a half, so it will be a gift to himself for the next lucrative contract he will sign.

Trevor Bauer’s net worth was estimated at around $33 million in early 2020. Which is to say, having to choose between a McLaren and Koenigsegg is a nice problem to have. 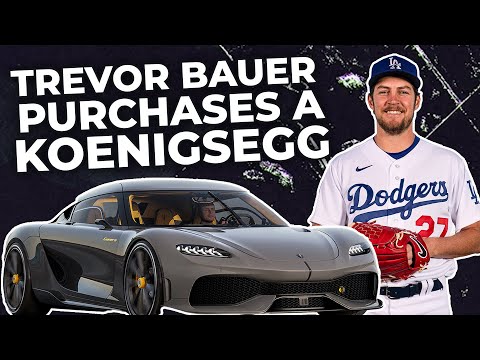 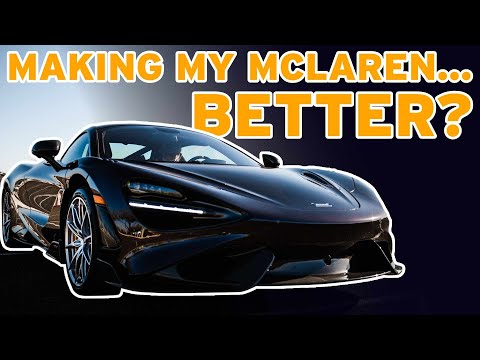