Android Auto Updated With a Feature Everybody Will Love, Few Will Actually Get

Android Auto is evolving, there’s no doubt about it, and while Google rarely speaks about the improvements it makes to the app, the company used its I/O 2021 conference to provide us with a rare glimpse into the update roadmap it has in mind.
6 photos

One of the most exciting features coming to Android Auto is instrument cluster integration. That means the app will no longer be displayed only on the screen on your dash, but right on the cluster if your car uses a digital screen instead of the classic gauges. This sounds like a feature that everybody will love, but few are actually going to get. Still, without a doubt, this is big news for the future of Android Auto.

Google demoed the new feature on the new BMW iX, showing how Google Maps can now run right in front of the driver, thanks to this new feature. Pretty much any app can be projected on the instrument cluster, including parking apps and EV tools, so overall, Android Auto would offer a more convenient experience from one end to the other.

The Mountain View-based search giant says this is just the beginning, and more features would be gradually added to the Android Auto integration in the instrument cluster, as the purpose is to make the app run as seamlessly as possible in every car.

On the other hand, don’t expect this new capability to become a common thing overnight. Not only that it requires new cars with digital clusters, but it’s likely to be available on more expensive models featuring such equipment, so it’ll take a while until everybody gets to experience this new integration.

Google hasn’t provided an ETA as to when this feature would become broadly available. Still, the BMW iX is currently the one and only model confirmed to come with Android Auto cluster integration. 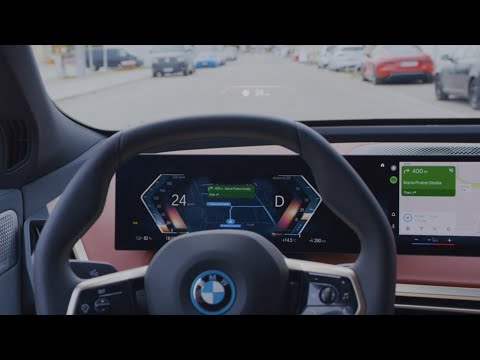