Mircea Panait
Discontinued in the United States at the end of the 2015 model year over dwindling sales, the Xterra was resurrected in 2018 as the Terra in Asian markets. Known as the X-Terra in the Middle East since 2020 because Nissan likes to confuse everyone with the nomenclature, the body-on-frame utility vehicle may come back to America, according to dealers.
16 photos

Speaking to Automotive News, dealers understand that nothing’s been decided so far, even though potential sales are estimated at 80k units each year. The reason U.S. dealerships want the Xterra back in the lineup is best explained by the dazzling success of the pickup truck-based Ford Bronco.

The Blue Oval has more than 200,000 reservations for the Ranger’s off-road sibling, and the Jeep Wrangler isn’t doing too bad either. Last year, for example, the two-door JL and four-door JLU sold 201,311 units in the United States compared to 209,786 for the ever-popular Grand Cherokee.

As the headline implies, the X-Terra also shares its underpinnings with a workhorse. The Navara mid-size pickup truck, to be more precise, which has been recently redesigned alongside the South American version of the Frontier. If you were wondering, the Frontier for the U.S. market features the F-Alpha vehicle architecture of the Titan full-size truck and Armada.

Essentially a facelifted Terra, the X-Terra with a hyphen is a three-row SUV with a 60/40 second row and a 50/50 third row. Both fold flat into the floor to increase cargo capacity, and a digital rearview mirror is also available. Care to guess which is the only engine-transmission combo available?

That would be the 2.5-liter plant from the QR family, a very old design that isn’t helped by natural aspiration. For the 2021 model year, the X-Terra develops 165 horsepower and 177 pound-feet (240 Nm) of torque that are channeled to the rear or all wheels by a seven-speed automatic transmission sourced from the Navara. 4WD versions are treated to 4 Low, an electronic locking rear diff, a brake limited-slip diff, and Hill Descent Control.

The question is, do you think the X-Terra should return to the U.S. lineup to capitalize on the body-on-frame SUV trend made obvious by the Bronco? 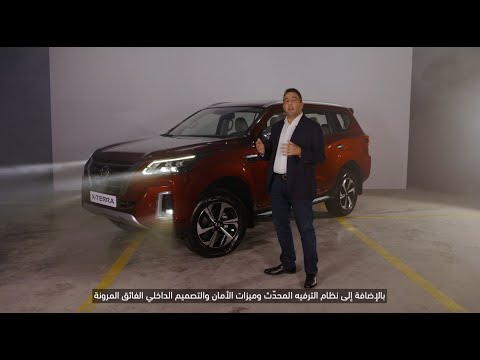