2020 Opel Insignia Spied at the Nurburgring, GSi Wagon Looks Like a Kia

All our suspicions were confirmed this year when Opel finally unveiled its mid-life facelift for the Astra range: they've mainly been working on installing Peugeot engines. This should also apply to the Insignia II when its updates are revealed in 2020.
1 photo
Nurburgring spy Automotive Mike was able to capture several prototypes belonging to the Insignia family, all wearing a bit of black tape over the naughty parts such as the taillights, headlights, bumpers and grille. But there's one prototype in particular that caught our attention, and that's a GSi wagon.

It's got the trademark GSI red brakes, big wheels and small opening poking out though the bumper for the exhaust. With a sleek white body and the raspy four-cylinder engine, it looks and sounds a lot like the Kia Proceed GT. Sports wagons are definitely making a comeback this decade, thanks to all the younger buyers who got bored of being taken to school in SUVs.

Opel made some pretty insane mid-size performance models, like the V6-powered Vectra OPC and first-gen Insignia OPC with over 300 hp and AWD. But we believe this new GSi model is powered by one of Peugeot's top powertrains, either a 1.6-liter turbo with 225 horsepower or a 180 horsepower diesel. In both cases, the numbers will be down on the current GSi (252 and 210 HP, respectively). Opel is simply too small to compete with the big boys like the Audi S4, but it's outlived the Honda Accord and Toyota Avensis.

Of course, performance is only a small part of what makes a car of this type. The bulk of sales comes from fleet buyers, so the main task for the facelift is to lower emissions, ensure low running costs and good fuel economy.

As such, the relatively large Insignia will motivate itself with relatively small powertrains, a 1.5-liter diesel making up to 130 HP or a 1.2-liter gasoline turbo unit with the potential to make 150 HP. 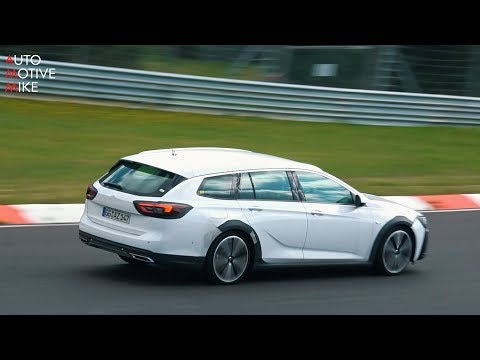