5 BMW and Honda Found to Have Most Responsive Motorcycle Dealerships
Car video reviews:
Up Next

Fancy getting yourself a new superbike next year? Honda rolled out its new 2017 CBR1000RR Fireblade in Milan this week, which is said to reach a new stage of Total Control through more power, less weight, and more electronics.
26 photos

The bike maker says 90% of the major components are new, and starting with the engine, the 2017 CBR1000RR Fireblade powerhouse is the first inline-four unit from Honda to be fitted with Throttle by Wire (TBW) control.

Along with that comes a new Power Selector which can be accessed through the new RMSS (Riding Mode Select System). This offers 5 levels of power output variations, all having the same throttle response on initial opening but giving different results in the higher rev ranges.

The 999.8 cc inline four-cylinder engine went through a revamping phase too, now coming with a revised valve lift and cam timing, 4-2-1 exhaust system with new catalytic convertor to meet Euro 4 regulations, as well as magnesium covers.

A revised assisted slipper clutch is on the list with a single die-cast pressure plate and clutch center, offering reduced load at the lever. For downshifts, the slipper functionality remains the same as before but aluminum cam parts (instead of steel) save weight. The gap between the accelerating and decelerating cams has also been optimized, again improving lever feel when changing gear.

Moving to the body of the bike, the frame’s walls have been thinned to save weight while still retaining its transverse rigidity. The aluminum swingarm follows the same recipe while the rear subframe has been redesigned for simplicity and low weight.

At the front, you get Showa 43 mm Big Piston Forks (BPF), while the back end gets a Balance Free Rear (BFR) shock. Further on, the bike adopts new Tokico four-piston radial calipers, redesigned rims for optimal performance and weight while the fairing has been reduced to a minimum.

Finally, the other new electronic aids on the CBR1000RR Fireblade are represented by the ABS, Inertial Measurement Unit (IMU) and the Honda Selectable Torque Control (HSTC). All work together to keep the bike rubber side down in a variety of road conditions and rider inputs. And yes, it does allow for controlled wheelies. 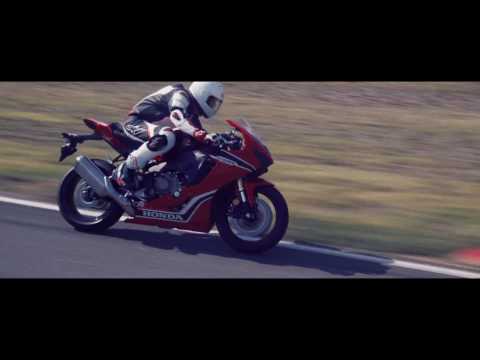