2 Audi DTM Team on the Streets of Graz

2012 Audi A5 DTM Racer to Debut in Frankfurt 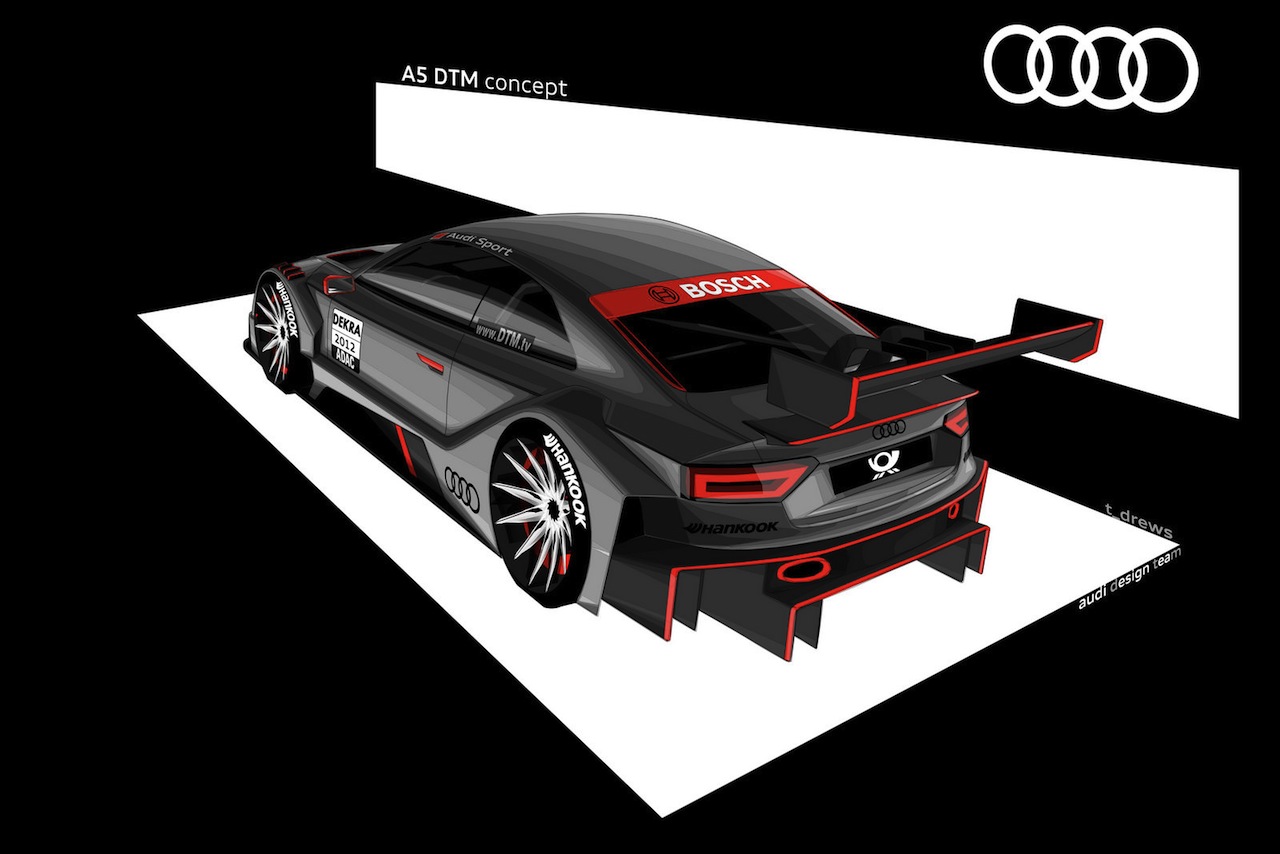 While the Germans at BMW have already taken the wraps off their M3 Coupe challenger concept for the 2012 DTM touring car racing series, Audi is planning to do the same later this year, namely at the Frankfurt Auto Show in September.

Based on the new 2012 Audi A5, the DTM racer, known as the ‘R17,’ will replace the 4-door A4 DTM, with which the brand won four times since 2004. The first prototype of the R17 is currently being built up at Audi Sport in Ingolstadt.

“In 2012 new Technical Regulations will come into effect in the DTM,” said Head of Audi Motorsport Dr. Wolfgang Ullrich. “We’ve got exactly the right model for that in the A5. We’re convinced that we’ll be able to continue Audi’s success story with it in the DTM.”

Highlights of the new a high-strength carbon-fiber monocoque that is combined with a steel tube cage. In addition to the A- and C-pillars the new regulations prescribe a B-pillar in front of the driver’s head to be installed in the future.

Also, in the new generation of DTM cars the fuel tank, similar to the Le Mans winning Audi R18 TDI, is integrated into the carbon fiber monocoque. This further reduces the fire hazard in case of a side impact crash.

Power comes from a V8 engine making 460-hp and coupled with a 6-speed transmission, both transplanted from the A4 DTM. Other features of the 2012-generation of DTM vehicles are a larger rear wing and a reduction of the permitted aerodynamics components.

The adjacent concept studies of the Audi A5 DTM by the Audi Design Team offer us only a glimpse at the new Audi race touring car.