After three years and more than 350,000 units sold, SEAT introduced a facelifted version for its subcompact crossover in 2021.

With all the hype created by the crossover and SUV market, SEAT introduced a new range of vehicles that matched the customers' preferences. The Arona was the smallest one, followed by the Ateca and Tarraco. They shared three variations of the same MQB platform, with the Arona built on the A0 version.

SEAT decided to switch to LED technology for Arona's headlights, as a standard feature for the entire range, with Eco LED for the base level and an option for full LED, which was included as standard from the FR upwards trim levels. For the back of the car, SEAT slightly modified the taillights and changed the underbody diffuser.

Inside, the Spanish carmaker introduced a new dashboard design, with an 8.25" touch-screen for the infotainment system included as standard for the base model and a 9.2" from the SE Technology upwards. Exclusively for the FR and Xperience Lux, SEAT installed a wide, 10.25" Digital Cockpit. Like its predecessor, the 2021 model featured two bucket seats at the front and a split-folding bench in the rear. The trunk offered 400 liters (14.1 cu-ft) of space with the seats up and 1,280 liters (45.2 cu-ft) with the backseats folded.
Under the hood, the Arona received a choice of four engines ranged between 90 hp and 150 hp. A 1.0-liter TGI, with gasoline and CNG, was available on selected markets. 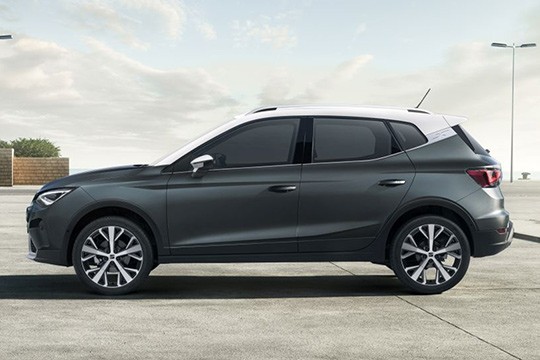