Despite evolving into a niche model that is less mainstream than its predecessors, the Espace has always been an iconic car in the Renault lineup.

Its first four generations were family friendly MPVs, while its fifth one, unveiled in 2015, evolved into a high-end crossover with a one-of-a-kind design language. Four years later, Renault decided to the car give a mid-cycle facelift to keep it up to date with the rest of the modernized lineup.

Despite being a crossover-like car, with high ground clearance and a commanding driving position, the refreshed fifth-generation Espace still only powers its front wheels with an assortment of various four-cylinder engines in both gasoline and diesel flavor. The main differences compared to its predecessor revolve around the exterior design, which is now bolder, and the improved available technology features. The front end is all-new and features a redesigned bumper, a new lower front grille and transverse chrome elements to enhance the bold look of the car. The new rear bumper is fitted with a new skid plate to better accentuate the car's crossover looks, while the C-shaped LED matrix adaptive headlamps at the front are not only cooler but also make the car safer at night. The interior has also been revamped, with the floating center console featuring a new closed storage area. 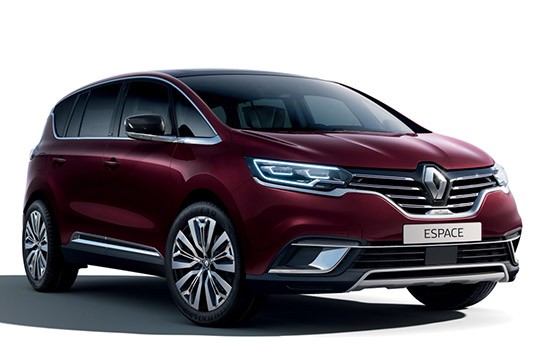