Porsche refreshed in 2021 its first full-electric vehicle, the Taycan, and added more range and better features to the four-door sedan.

When the German sports cars maker announced the Taycan, its fans were in shock. But Porsche faced the cruel reality of climate change and the fines for CO2 emissions and had to do something. It didn’t start with the iconic 911 lineup but introduced a completely new model, the Taycan, in 2019.

Come 2021, and the carmaker updated the Taycan and showed it on the small exterior changes. The entire lineup featured standard LED headlights. A pair of vertical air-intakes flanked the front bumpers as on the non-facelifted version, but they were wider. At the back, depending on the version, it sported a new bumper and diffuser.

Inside, Porsche installed a partial-leather upholstery on the entire Taycan range. The carmaker pointed out that it was a man-made type and that it wouldn’t offer natural leather for the four-door sedan. A 10.9” display for the infotainment system found its place in the middle of the dashboard and offered another screen, as an option, in front of the passenger. 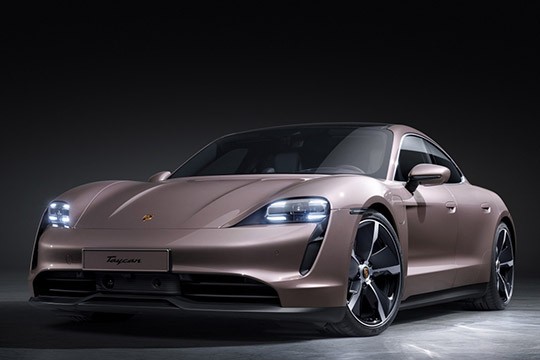