Porsche introduced a last facelift for the Macan lineup in 2021 and brought more power under the hood, a refreshed design, and an improved interior.

When Porsche introduced the Cayenne in its lineup, its fans were outraged. Soon, the big SUV became the biggest seller from its stable, and it was accompanied by the Panamera and, in 2014, by the smaller SUV Macan.

After a few updates in 2015 and 2018, the Macan received a final refresh in 2021, bringing a new front fascia. The Porsche Dynamic Light System became standard for the entire Macan range. In addition, the new LED Porsche repositioned the daytime running lights on the upper side of the side-scoops. The design team also worked on the car's back, creating a rounded shape and installing a striking diffuser.

The Macan's interior received a new center console with a shorter gear selector, surrounded by touch buttons instead of physical ones. Thus, the carmaker believes that it enhanced the driver's experience and created a cleaner, sharper look for the car.


Porsche fitted a new center console inside the Macan GTS, enhanced with touch controls instead of physic buttons and a shorter gear selector. In addition, the carmaker now installed the analog clock on top of the dashboard as a standard feature. There was also a new range of colors available for the leather-wrapped interior.

Under the hood, the Macan S received a 2.9-liter turbocharged gasoline engine paired to a seven-speed automatic gearbox. It sent the power in all corners and provided similar performances as the outgoing GTS model. However, unlike the 2021 GTS, the S didn't feature the same stiffened air suspension. 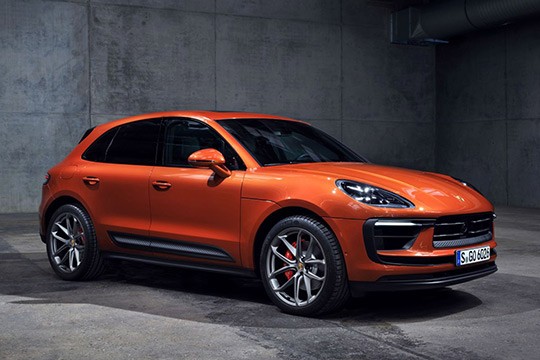