Acura introduced a facelift for the third generation of the RDX in 2021 as a model 2022, and it made it more dynamic than before.

After more than half a million units sold between 2006 and 2021, the carmaker decided to give the RDX a bump to boost its sales, even though it was only two-year-old. While some changes added visual updates, there were others that improved the car’s handling.

The RDX was the most agile SUV in the carmaker’s stable, and it tried to match its performance with an adequate design. Its pentagonal grille featured thinner chromed surroundings and an option for LED fog lights. The car featured round exhausts at the back for the A-Spec model, while the rest of the range received rectangular ones. The carmaker installed 19,” or 20” light-alloy wheels with five, ten, or 15 spoke design.

For the interior, the most important changes were barely visible, but they included additional paddings on the ceiling, dashboard, and firewall. Thus, the cabin was quieter than before, adding more comfort for passengers’ ears. The rear doors also received sound-deadening materials and acoustic glass.

Under the hood, the carmaker opted for the same 2.0-liter turbocharged engine, but with a cold-idle speed lowered at 950 rpm instead of 1,100 rpm as before. In addition, a retuned adaptive suspension system included a four-setting switch that allowed the car better handling depending on the driver’s needs and road conditions. 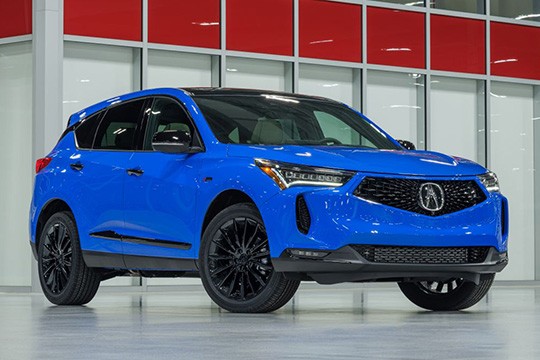