In 1997, Honda decided to cut costs with its premium brand Acura and introduced a badge-engineered Civic as an Acura EL on the North American market.

While the 1995 Civic was a hit on the market, Honda tried to get more money out of that platform. It already had a factory in Canada, and it was easier for the Japanese carmaker to adjust the existing Civic and sell it as an Acura.

While the overall shape remained the same as its budget-priced Civic, the EL featured a new front and rear end. Its wider headlights with corner-mounted turn signals flanked a reversed trapezoidal grille. At the bottom, an Acura-specific bumper featured a broad grille with a horizontal slat and two wide, orange, turn-signals. At the rear, a new trunk lid allowed a distinct shape for the lamp cluster's inner side. The taillights' corner-mounted part followed the same form as the Civic's, but with its unique lens.

Acura offered the EL in a few trim levels and installed unavailable features for the regular Civic. The leather upholstery and the silver instrument panel were unique for the EL. The car featured a power sunroof, CD-player, air-conditioning, and leather-clad steering wheel and gear-stick in the top trim level.

Strangely, Honda didn't consider selling the Acura EL with an automatic transmission. Moreover, the car was available with one engine option, and it wasn't even the best from the Civic's lineup. Despite all that, the EL was the best-selling Acura in Canada. 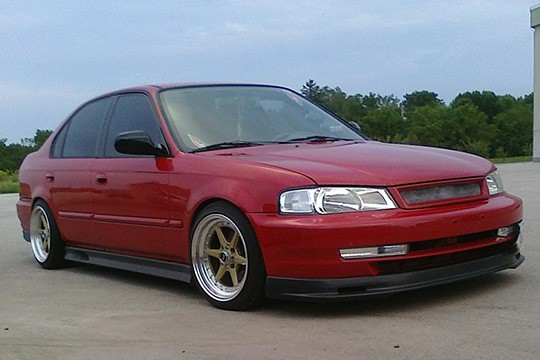