While on the previous Acura EL, Honda tried to hide the links with the regular Civic sedan, it came with a better idea on the 2005 Acura CSX.

By the time the Acura CSX hit the market, Honda already had separate products for the European and North-American customers. The carmaker also knew that the American and Canadian customers had tears in their eyes while looking over the pond to the unavailable Civics. Thus, its marketing department came with a bright idea: to bring a regular, European Honda Civic on the North-American continent and badge-it as an Acura. Thus, CSX went on the market in 2005. It was a straightforward badge-engineered car.

If someone would hide the badges on a 2005 Acura CSX and a 2005 European Honda Civic Sedan, those who would tell the difference would be the lucky ones. The main difference was that the Canadian cousin featured a bumper without fog lights and yellow turn-signals at the front and different wheels. The headlights, with their double-curved lower side, kept the same shape.

Inside, the futuristic design was not everybody's cup of tea, but soon its customers discovered its intelligent layout and comfortable seats. Acura offered sportier bucket seats with leather upholstery, aluminum pedals, and gear-knob for the Type-S trim level.

Under the hood, the CSX came with a 2.0-liter engine, which was not available on the European market. It was paired exclusively to a five- or six-speed manual gearbox, depending on the trim level. 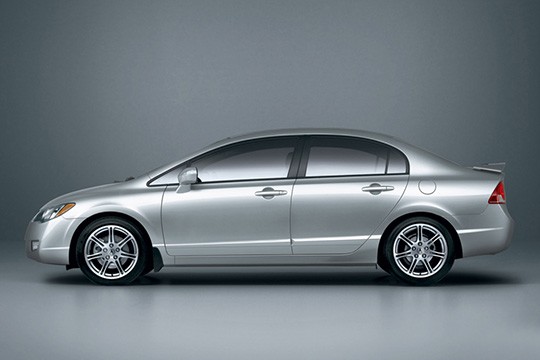