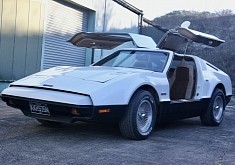 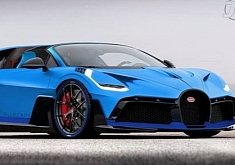 13 Apr 2022, 00:15 UTC · By: Florina Spînu / Today is the International Day of Human Spaceflight. On April 12, Yuri Gagarin went beyond our skies and became the first man to reach outer space

Russia Blasts Off Its Next-Gen Heavy-Lift Rocket, Eyeing a Top Position in the Space Race

31 Dec 2021, 05:23 UTC · By: Otilia Drăgan / Russia conducted a flight demonstration of the Angara A5, the country's first heavy-lift rocket designed and built after the collapse of the USSR

Russia Claims to Know All About American Spacecraft, Offers Help with Starliner

11 Aug 2021, 08:26 UTC · By: Daniel Patrascu / The head of the Russian Keldysh Research Center says his country knows all there is to now about American rocket engines, offers help with Starliner

2 Aug 2021, 09:57 UTC · By: Florina Spînu / Ginger Billy is back! This time he's aiming big: he plans to enter the space race with a his new contraption that he aptly called the "Redneck Space Shuttle".

27 Jul 2021, 11:29 UTC · By: Daniel Patrascu / Jeff Bezos publishes an open letter for NASA, laments the way in which the agency handled the Moon exploration contracts and promises several developments

15 Jul 2021, 17:10 UTC · By: Florina Spînu / Blue Origin announced that 18-year-old Oliver Daemen will fly to the edge of space in the place of the mysterious auction winner.

7 Oct 2016, 11:04 UTC · By: Vlad Mitrache / The world is caught up in a new space race, only this one differs in two key aspects from the previous: it's fought between companies, and it's target is Mars