3 50 Years Ago, Two Men Took the Ultimate Drive. On Another World

5 What It's Like to Drive the Apollo 15 Lunar Rover: Awesome GT6 Mission Gameplay
Car video reviews:
Up Next

When Kennedy said in 1961 that "we will put a man on the Moon," he didn't know that the Russians will turn the first wheel on the Moon. And they didn't turn one - they turned eight!

In the beginning, the Russians had the upper hand in the conquest of the space. They were the first to launch a satellite in Earth orbit in 1957, and the first to send a man into space in 1961. But that was just the beginning. In complete secrecy, they developed a lunar vehicle named Lunokhod (also spelled Lunakhod) with the only purpose of going there and drive on the Moon.

Unlike the Sputnik 1, which was just a beeping device, the Lunokhod 1 had to complete research missions. It was sent to find what's on the Earth's natural satellite. Its sensors and x-ray devices could analyze the ground and send crucial data to the Command Center located in the Crimean peninsula.

The Lunokhod (Moonwalker) program was developed by the Lavochkin institute, the same Russian company that built the first supersonic missile. It was also responsible for the development of various aircraft during WW2.

Around a tub-like shell, Lavochkin engineers packed the vehicle with sensors and other devices. Lunokhod was equipped with things like antennas, four television cameras, and special extendable devices to test the lunar soil, according to a NASA summary of Russian things on the Moon. It also included a spectrometer, a penetrometer, a laser reflector, radiation detectors, an X-ray telescope, and a speedometer.

The vehicle was controlled by a team of five "drivers" on Earth. They controlled the eight-wheel vehicle, which could develop a top speed of 300 feet (100 meters) per hour. All drivers needed to anticipate movements since there was a five-second lag between the command input and the vehicle's answer.

It was powered by a folding solar panel dish mounted on top of the vehicle, which could close and act as a lid. The engineers did that to protect the internal part of the vehicle during the Moon's nights. However, since the temperatures during the nights dropped below -275 F (-129 Celsius), the scientists were afraid that the onboard equipment could stop working. To prevent that, they mounted a Polonium-powered generator which created a heat shield inside the rover.

During day, the temperatures raised up to 320 degrees Fahrenheit (160 Celsius). A solar-powered ventilation system extracted all that heat from inside the vehicle's body and sent it outside via a thermal exchange unit. Thus, the equipment inside the vehicle was saved.

To send the vehicle on the Moon, the Russians used a Proton rocket which they launched on November 10, 1970, from the Baikonur cosmodrome. After it escaped from the Earth's gravitation, the rocket released the Luna 17 spacecraft, which carried the Lunokhod 1. Four and a half days later, the spacecraft soft-landed on the Moon in an area known as the Sea of Rains (Mare Imbrium), and, on November 17, it deployed the ramps to release the vehicle.

The Russians thought the mission would last about 90 days, but the vehicle exceeded everyone's expectations and ran for 322 days. It ceased to work when the Polonium reserve was depleted, and the last communication between the Command Center and the vehicle stopped on September 14, 1971. On October 4, the vehicle was officially considered "dead". In total, the vehicle traveled 10.54 km (6.55 miles) on the Moons' surface.

But the Russian vehicle served even after its "death." Since it stopped working during the Moon’s day, its lid remained opened. In 2010, a team of researchers discovered the lost rover on the Moon's surface. Due to that, the Apache Point Observatory Lunar Laser-ranging Operations (APOLLO) researchers could use the Lunokhod 1 reflector to return more light than any other surface from the Moon. As the researcher Tom Murphy from the University of California at San Diego said, "We got about 2,000 photons from Lunokhod 1 on our first try. After almost 40 years of silence, this rover still has a lot to say".

But even if someone would replenish the Polonium supply of the vehicle, there is little chance that the equipment inside it could still work. Moreover, the controllers from the Earth are already safely placed in museums. Still, the Russians lost their race to the Moon with a crewed spacecraft. So, in the end, the U.S. won the Space Race even though it looked the other way around at the beginning.

Do you think that the next crew on the Moon should try and jump-start the Russian vehicle? 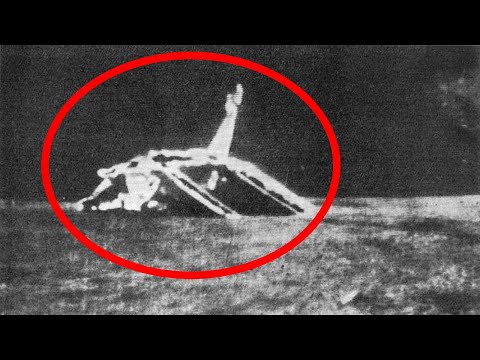