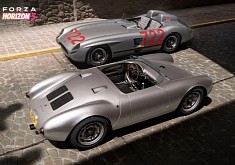 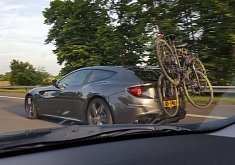 Jorge Lorenzo Burned by Hot Coolant from His Own Bike

13 Nov 2015, 09:14 UTC / One of the hoses on Lorenzo's bike ruptured while he was celebrating in Mallorca, with hot water sprayed on him. The doctors say he is safe and sound

Why MotoGP Needs to Change

6 Nov 2015, 14:22 UTC / The final round of the 2015 MotoGP season kicked off this morning, with Marc Marquez leading the first FP session. Hayden becomes a MotoGP Legend.

Rossi at the Back of the Grid in Valencia, the Tension Mounts

5 Nov 2015, 15:58 UTC / The final round of the 2015 MotoGP championship is a must-watch for any motorsport enthusiast, as Rossi starts last of the grid after CAS rejects his appeal

Italian Organization Files a Complaint Against Marquez and Lorenzo

Did Rossi or Didn't He Kick Marquez Out of the Race at Sepang?

26 Oct 2015, 16:26 UTC / Dramatic moments at Sepang, with Rossi and Marquez making contact, the former receiving a 3-point penalty and the latter crashing out. Where is the truth?

26 Oct 2015, 10:19 UTC / Pedrosa claimed a second victory in three races as he dominated authoritatively at Sepang, but his win was overshadowed by a controversial crash

23 Oct 2015, 12:35 UTC / Lorenzo finishes day one at Sepang in the leading position. Today we commemorate four years from Marco Simoncelli's fatal crash at this very circuit

How Valentino Rossi Could Secure the 2015 MotoGP Title at Sepang

21 Oct 2015, 12:17 UTC / The penultimate rounds of the MotoGP season might bring the battle for the 2015 crown to an end, but Rossi can't win the title from Lorenzo that easily

19 Oct 2015, 08:55 UTC / The antepenultimate round of the 2015 MotoGP championship was probably one of the most thrilling races of the last decades and will be remembered for years

16 Oct 2015, 16:03 UTC / Marc Marquez managed to sneak in front of Jorge Lorenzo after the first two Free Practice sessions at Phillip Island, but things are far from being settled

12 Oct 2015, 09:12 UTC / Dani Pedrosa won the 50th race in his career, beating Lorenzo and Rossi who struggled with front tire issues in the second half of the race

9 Oct 2015, 09:31 UTC / Jorge Lorenzo finishes first in the first two Free Practice sessions at Motegi and looks like he is preparing one more holeshot race at Motegi

8 Oct 2015, 13:23 UTC / It was only natural that the MotoGP riders be involved in something really funny ahead of the Japanese GP, but few expected an electric pocket bike race

28 Sep 2015, 12:47 UTC / Thanks to another double podium from Lorenzo and Rossi, team Movistar Yamaha were able to clinch the 2015 MotoGP Team World Championship title

28 Sep 2015, 08:55 UTC / Lorenzo wins authoritatively at Aragon, Marquez crashes out of the race once more, while the Pedrosa-Rossi battle will be remembered for years to come