2 First Private Spacecraft to Reach the Moon in 2019

SpaceIL, an Israeli group competing in the Google Lunar X Prize competition, has become the world’s first private company to send a lander to the Moon, following the successful launch on board a Falcon 9 rocket on February 21.
1 photo
The Falcon 9 took off from the Kennedy Space Center in Florida on Thursday carrying SpaceIL’s Beresheet lander, as well as an Indian communications satellite called Nusantara Satu.

“Congratulations to SpaceIL and the Israel Space Agency. This is a historic step for all nations and commercial space as we look to extend our collaborations beyond low-Earth orbit and on to the Moon,” said in a statement NASA Administrator Jim Bridenstine.

Following the launch, as usual, the rocket’s first stage landed on the Of Course I Still Love You droneship. It was this particular’s booster third launch and landing.

The Beresheet is currently circling the planet as part of the planned orbits it is supposed to do. Once this is complete, it will head for the Moon and it will orbit it too several times before landing in the Mare Serenitatis region in the Moon’s northern hemisphere.

The lander will be controlled from Earth, and it will not navigate on its own. Critical to the success of the mission is the speed at which the Beresheet approaches the Moon, as it may overshoot it if it doesn’t slow down enough.

SpaceIL expects to reach this stage two months from now.

The lander is the size of a dishwasher. It has the capability of moving around on the lunar surface by hopping and it will conduct several experiments on the Moon, including ones meant to reveal Lunar magnetism.

SpaceIL was a competitor in Google’s Lunar XPrize competition and fought five teams  with the goal of developing low-cost methods of robotic space exploration.

The other teams competing for the Google competition are Moon Express, Synergy Moon, Teamindus, and Hakuto. 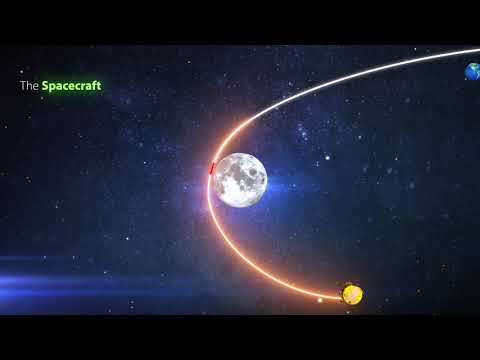