1 Arch Mission to Send Wikipedia to the Moon and Mars

2 Solar Express Train Could Reach the Moon in Two Hours

The involvement of private companies in space exploration has sparked a new type of space race. For the past two years, we’ve had more premieres in private space exploration than in all of history combined.
1 photo
What private companies haven’t done so far is land a piece of machinery on an extraterrestrial body. But soon an Israeli company named SpaceIL plans to change that.

On Tuesday, SpaceIL announced it will be launching its lander in December, with the Moon landing expected to take place in February 2019. The lander is to be launched onboard a SpaceX Falcon 9 rocket from Cape Canaveral, Florida.

SpaceIL is a competitor in Google’s Lunar XPrize competition that pitted five teams against one another. The goal was to develop low-cost methods of robotic space exploration.

To win the prize of the competition - $20 million – the rover that will be sent to the Moon later this year will have to land safely, travel at least 500 meters (546 yards) on above or below the surface of the Moon and send a few HD photos back to Earth.

SpaceIL’s machine is the size of a dishwasher that will not roll or walk across the surface of our satellite, but rather hop. The spacecraft will land and then take off to land once again 500 meters away.

The ship to be sent to the Moon will not only try and secure the company the grand prize but will also be used by scientists for several experiments, including a mapping of the Lunar magnetism.

The other teams competing for the Google competition are Moon Express, Synergy Moon, Teamindus, and Hakuto. None of them seem to be as advanced as SpaceIL as to announce the official launch date for the mission.

Should the mission succeed, Israel will become the fourth country to land a craft on the Moon following the United States, Russia, and China. 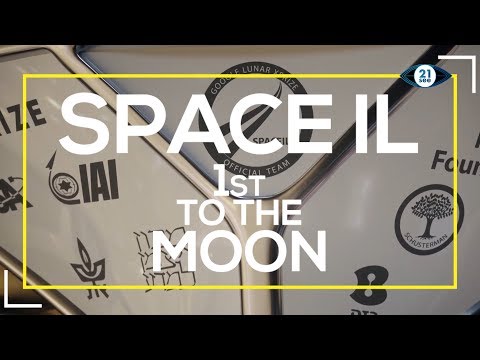