3 Male Stars Like Muscle and Tree-Hugging Cars
Up Next 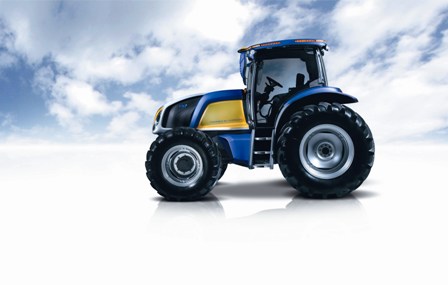 With the debut of the world's first hydrogen-powered tractor in Italy, farmers all over the world will have the opportunity to stay green and save the planet by cutting emissions.

Based on a T6000 tractor, the NH2 hydrogen-powered tractor manufactured by New Holland Agriculture  replaces the traditional combustion engine with hydrogen fuel cells to generate electricity.

But how does a hydrogen-power work? Vehicles powered by hydrogen use a hydrogen fuel tank feeding fuel cells to generate electricity within the vehicle. The hydrogen which is drawn from a tank on the vehicle mixes in the fuel cell with oxygen which is drawn from the air, in order to produce  water and electrons. These electrons are harnessed in the form of an electric current, which drives tethe electric motors for the drivetrain and auxiliary systems.

More importantly, the NH2's fuel cell generates 106 hp and emits only heat, vapour and water. The tractor has zero emissions as it does not produce polluting nitrogen oxides, soot particles or carbon dioxide. Because the NH2 is extremely silent, it won't pollute the environment phonically either.

"Farmers are in a unique position to benefit from hydrogen technology. Unlike many people, they have the space to install alternative electricity generation systems, such as solar, wind, biomass or waste, and then store that power as hydrogen. Apart from the environmental benefits, such a system would allow customers to become energy independent and improve their financial stability" said Pierre Lahutte, New Holland's head of Global Product Marketing, Tractors & Telehandlers.

Despite the fact that, the zero-emissions tractor has just debuted in Turin, Italy, New Holland Agriculture doesn't intend to put the model into production until 2013  because there are still some problems that need to be solved before. For instance, the hydrogen tank canpower the tractor for 1.5-2 hours and is expected to cost €300,000 which is way too expensive for any farmer that wants to stay green.