1 Will.I.Am of the Black Eyed Peas Gets Car of the Future

3 Car of the Future Tesla Roadster Runs out of "Fuel" at Top Gear
Car video reviews:
Up Next 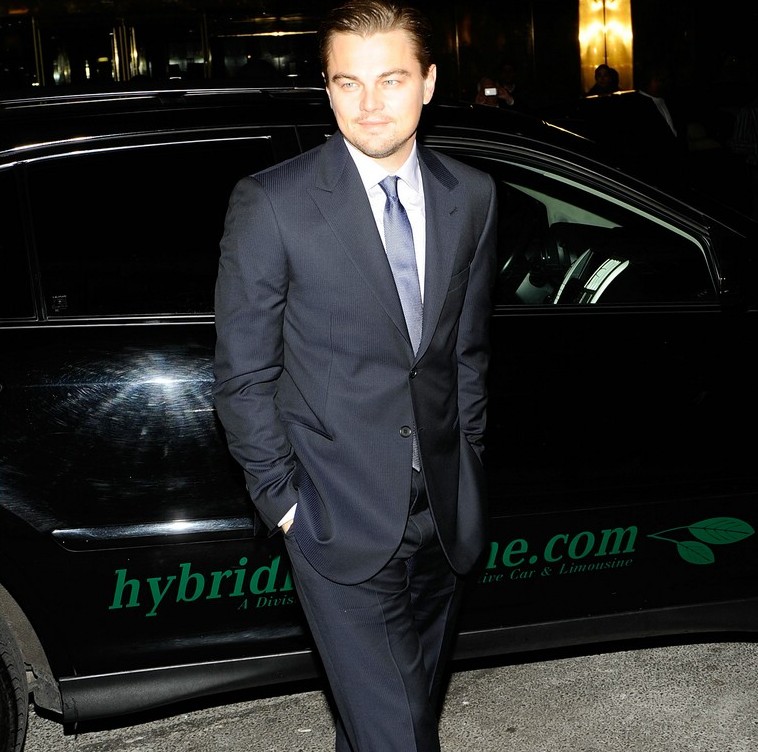 Apparently, Leonardo DiCaprio has decided to save the Planet and in order to achieve this specific purpose, the 34-year-old star is only riding in green cars.

Thus, the "Revolutionary Road" star came at the opening of the new Armani 5th Avenue store on February 17, 2009 in New York City in a hybrid limousine. The guys from buzznet.com managed to take some photos with the proof that Leo is staying green.

Now, we have only two comments regarding the whole situation. Firstly, we can not but congratulate him for following the green trend and trying to save the Earth for the harmful CO2 emissions. Secondly, we have to appreciate his good tastes when it comes to clothes - Armani is definitely a wise choice.

As for Leo's green views, we have to say that this is not the first time when the actor opts for an environmentally-friendly vehicle. Back in December last year, DiCaprio traded his Toyota Prius for a £100,000 Tesla, the first high-performance electric car. The Tesla Roadster goes 244 miles on one charge and burns no oil.

“It's my first sports car and it's an unbelievable drive,” he confessed in an interview with the Daily Mail. “It's scarily fast and it all happens with the flip of a switch, unlike a piston-driven engine that needs to build up momentum.”

More importantly, the “Titanic” star has also confessed that ever since he was a kid, he has been “passionate about different species being pushed into extinction...” Therefore, he is now eager to play its part in “Saving the Planet” movie. Moreover, he encourages the entire American nation to do the same.

“We are the most powerful country in the world and we haven't made a tiptoe towards renewable technologies. We should be the ones paving the way, the ones other countries look up to. It makes me extremely sad,” he added.