5 Production of the 2013 Nissan Altima Begins in Tennessee
Editorial

Ciprian Florea
Shortly after unveiling its 2013 Altima V8 Supercar vehicle, Nissan Motorsport published an official video that includes images during engine testing, a time lapse with the building process, as well as some additional information.
1 photo
Before letting you enjoy this spectacular video, we want to tell you that Nissan's Australian racing Altima is powered by the company's biggest V8 engine possible, sourced from the 2013 Patrol.

The Japanese automaker also revealed that the Altima V8 Supercar will debut at the Clipsal 500 held from February 28 in Adelaide, Australia. We won't be able to make it, but if you're around you definitely shouldn't miss it!

In case you don't know, the four 2013 Altimas will be driven by James Moffat, Michael Caruso, Todd and Rich Kelly, as Nissan revealed on Tuesday.

Ok, enough talk already… you can now enjoy Nissan's "Journey to the Grid" video below. 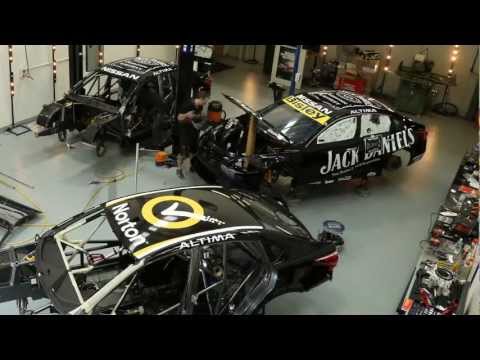