2 Stratolaunch: A Million Pounds, Six Engines and the Wingspan of a Football Field

3 Microsoft and Stratolaunch Founder Paul Allen Departs For The Heavens

4 Stratolaunch Pegasus to Fly in 2020, More Spacecraft to Follow

Park Your Car’s Shadow in the Disabled Spot and You Get a Fine, Ford Driver Claims

After passing away in 2018, the legendary Microsoft co-founder left behind not only his legacy in the technology world but also a jaw-dropping estate. After several properties, a superyacht, and a space venture were recently sold, it was now time for his famous Flying Heritage Collection to find a new home.
8 photos

Paul Allen’s iconic explorer superyacht, the 414-foot (126 meters) Octopus, became the most expensive yacht sold in 2021 after being purchased for almost $266 million. It had been on the market since 2019 and was eventually sold after several price cuts. His massive Enchanted Hills property was also sold earlier this year for much less than its initial asking price of $150 million.

In 1998, the tech mogul began purchasing iconic warbirds and other military artifacts. This slowly grew into a stunning collection that would later be preserved and displayed at the Flying Heritage & Combat Armor Museum (FHCAM). According to FHCAM, the collection was moved from Arlington to Everett, Washington, in 2008, where it’s still located. But probably not for long, since Allen’s entire Flying Heritage Collection was recently purchased by someone else.

The new owner seems to be Steuart Walton, the grandson of Walmart’s famous founder, Sam Walton. But he is not just the heir of a retail empire, with an estimated net worth of $300 million. Steuart Walton is on the board of directors of the Smithsonian National Air and Space Museum, as well as the co-founder of a small aircraft manufacturing company called Game Composite. As a licensed pilot himself, Walton can truly appreciate the value of these iconic aircraft.

Air Classics magazine reported that FHCAM was entirely sold and that part of the collection was being prepared for shipping while the flying aircraft were gearing up for the cross-country journey to their “new home.” However, the new owner hasn’t been officially confirmed yet.

SpaceShipOne, considered the world’s first private manned spacecraft, was financed by Paul Allen and is one of the highlights of his aviation collection. The British de Havilland Mosquito is another stunning piece in the collection, as a unique WWII fighter made mostly of wood instead of metal. These two are joined by numerous other aircraft and vehicles from the U.S., Germany, Britain, the Soviet Union, and Japan. 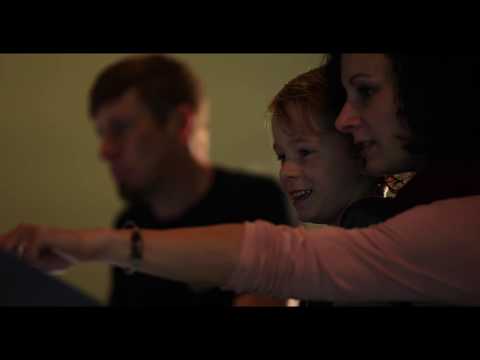