Safety and reliability represent major concerns when it comes to autonomous UAVs (unmanned aerial vehicles) and companies are constantly working on improving these aspects. San Diego-headquartered company ModalAI is one of them and it recently unveiled its VOXL 2 autopilot, touting it as the world’s smallest and most capable one.
6 photos

ModalAI specializes in developing robotic and drone perception, communication, and control systems, and the VOXL 2 was designed specifically for GPS-denied, autonomous UAVs with obstacle avoidance. This state-of-the-art system weighs no more than 16 grams (0.56 oz) and measures just 70 x 36 mm (2.7 x 1.4”), meaning it is smaller than a credit card.

VOXL 2 is powered by the Qualcomm Flight RB5 5G platform with an 8-core CPU up to 3GHz, it integrates a PX4 real-time flight controller, seven image sensors, and is assembled in the U.S. It boasts more AI (artificial intelligence) computing than any other autopilot and enables autonomy and communications for indoor and outdoor drones and robots with vision-based SLAM (simultaneous localization and mapping) technology and AI for movement.

When using the VOXL 2 with a 5G add-on, the autopilot enhances mission critical navigation, including BVLOS (beyond visual line-of-sight). According to ModalAI’s CEO, Chad Sweet, VOXL 2 creates a major leap in computing capability for the UAS (unmanned aerial systems) industry, enabling the next generation of smaller, smarter, and safer drones.

The VOXL 2 autopilot was designed as a user-friendly and accessible system and is already being used by dozens of ModalAI partners who are integrating it into their drones and robot fleets. The company also plans to make the Auterion open-source operating system for drones available on its VOXL 2.

VOXL 2 is now available for purchase and you can order it on the manufacturer’s website for $1,200. You can also take a better look at its capabilities in the video below. 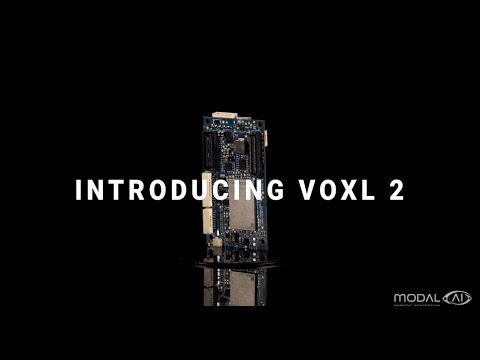