ESA Will Map Out Forest Biomass From Space for the First Time, With a Giant Reflector

Volocopter Adds Another Country to Its List of Customers, Will Bring Its eVTOLs to Japan

The concept of UAM (urban air mobility) is constantly getting closer to becoming a reality, with German eVTOL (electric vertical take-off and landing) developer Volocopter spreading its wings all over the world. Now the aircraft manufacturer adds Japan to its list of customers.
6 photos

Volocopter plans to bring UAM to Japan and promises to conduct the first public test flights of its eVTOL by 2023. In addition to signing a long-term partnership with Japan Airlines, the German company also plans to bring urban air mobility to Osaka, one of the busiest cities in Asia. The eVTOL developer partook in the Osaka Roundtable at the beginning of this month and committed to fly its aircraft during the Osaka Kansai Expo in 2025.

According to Volocopter, Osaka has one of the largest industrial bay areas in Asia, with several international airports and seaports in its vicinity. This makes it a perfect location for conducting tests in various environments, over water, land, and city conditions.

Japan is really eager to join the air mobility revolution, aiming to fully commercialize the eVTOL air taxi and heavy lift cargo drone businesses by 2030. Investor Japan Airlines has already reserved 100 aircraft from Volocopter (its VoloCity and VoloDrone, to be more specific).

Volocopter also has a partnership with Singapore to bring its air taxi services to the country within the next three years, as well as with China, through a joint venture with Geely. 150 of its Volocopter products will be delivered to the latter within the next five years.

While Volocopter has many competitors in the eVTOL market, the company claims it is the world’s first developer to have successful public flights on several continents. It is also the first and only one to have two certification approvals from the European Union Aviation Safety Agency (EASA) to design and produce aircraft in-house. 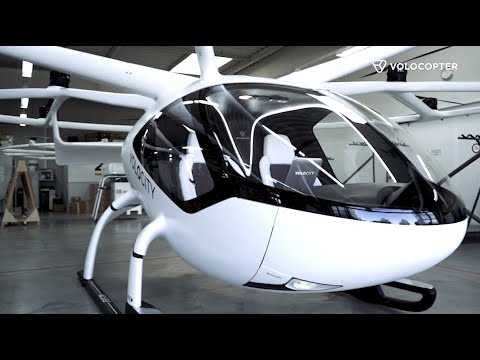