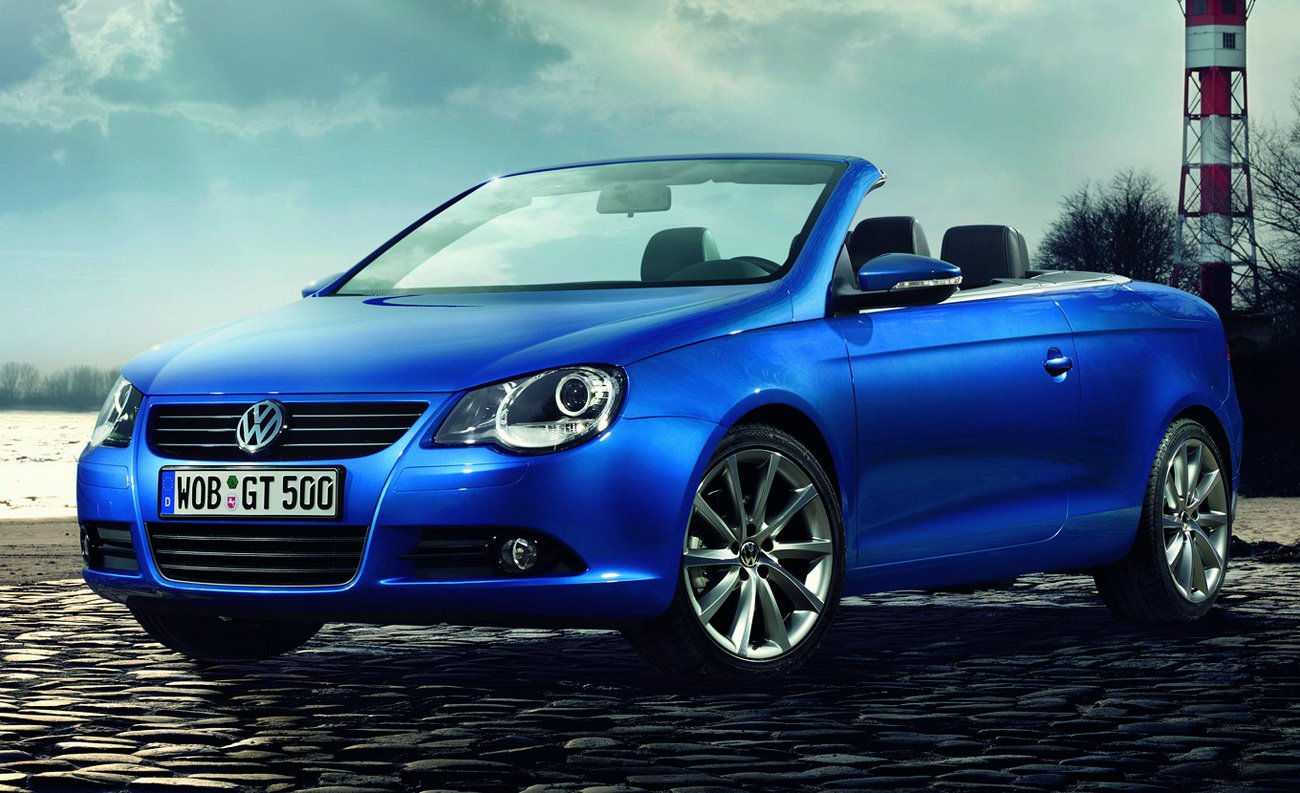 In case you have thought Volkswagen's Eos wasn't sporty enough to satisfy your demands, the German manufacturer has just unveiled a special edition Eos called GT Sport that brings a black rooftop plus several sporty upgrades.

The first things you'll notice when looking at the car from the outside are the black colored retractable hardtop we told you above as well as the 18-inch alloy wheels and the tinted rear windows. However, the Eos GT Sport brings even more styling enhancements, including darkened headlights, chrome grille slats and red tail lamps. The body has been lowered by around 15 mm according to a report by Carscoop.

Interiors have been customized as well, with aluminum sport pedals, heated front seats with either leather or Alcantara trim greeting the driver when getting in. A new three-spoke steering wheel is also offered as standard, similar to Climatronic air conditioning and an upgraded audio system, now consisting of a six-unit CD changer and parking sensors.

Going further to engine upgrades, the GT Sport series will rely on four petrol engines, with maximum output ranging between 90 kW/122 hp and 191 kW/260 hp, plus one diesel, particularly aimed at reducing emissions and fuel consumption.

Pricing for the sporty range start at around 33,000 euros for the 90 kW/122 hp petrol engine, with pricing increased by several grands with every single option added to the standard model.

Volkswagen Eos was first showcased to the public at the 2004 Geneva Motor Show in the form of a concept car, while the production model was displayed one year later in September at the Frankfurt Motor Show. The North American unveiling took place in January 2006 at the Los Angeles Auto Show.