2 Buy a Home for Your Cars at The Hangar, A New Class of Luxury Real Estate

3 Taboo Yacht Will Break Ice for You, Carry Your Toys, Offer Ultimate Luxury

Elena Gorgan
The Thermal Club, situated in Thermal, California, in the Coachella Valley Desert just outside Palm Springs, is one of the most exclusive motorsports clubs in the world. It offers an unparalleled, complete racing experience with three tracks, your own villa, a motorsports village and concierge service.
12 photos

File this under “this could’ve been you, but you were playin’ poor:” a villa at the Thermal Club sold last week for a reported $3.25 million, which means another member has joined this exclusive racing community.

The villa in question, a three-story, five-bedroom Spanish-style mansion comes with everything from a gym to a massive garage, and most importantly of all, stunning views of the racetrack. It is, in short, a car enthusiast’s dream, with an extra helping of luxury on the side.

Considering that villas by the side of any of the three racetracks at the club were estimated at around $7 million just a couple of years ago, it looks like this new member bagged himself / herself an excellent bargain. The villa’s top levels overlook the North Palm Circuit, a 1.2-mile (1.9 km) racetrack with 10 turns, which means the new owners will be able to catch the races while sipping coffee, from the comfort of their own home / terrace.

Not that the mansion itself is shabby. With five bedrooms and eight bathrooms, it counts on 12,317 square feet (1,144 square meters) of living space – of which 1,000 square feet (93 square meters) have been allotted to a “grand room.” There’s also a fully-equipped gym, an industrial-grade kitchen with a marble island (if you’re into cooking and all that), and, more to the point, a two-story “car vault” that can fit up to 40 vehicles.

The car vault comes with lifts and extra space on top, which is turned into a lounge that can double as bedroom for all those long nights of tinkering or, better yet, a staffer on permanent call. The interior of the villa is shown in the first video available at the bottom of the page.

The new owner gets more than the house and the view to the racetrack, of course. The Thermal Club is just that, a club. The owner will be able to use any and three racetracks at will, and gain access to the clubhouse, which has anything from office space to a restaurant, full bar and dining room. Or you can have breakfast in the pits by the track. And that’s just the tip of the iceberg.


What is the Thermal Club?

The Thermal Club is a development project launched in 2011 that includes three racetracks designed by renowned race track designer Alan Wilson. They can be used separately or as one, totaling 5.1 miles (8.2 km).

The plan for this community allows for up to 500 members in 268 home sites, with customers opting either to have the villas built by the developers (on a standard layout) or to do the construction themselves. In 2018, the Club counted 104 members, and 22 completed villas, 12 under construction and 7 commissioned. In 2019, 98 of all home sites had been sold.

Most villas come with at least a 20-car garage, and some can feature even bigger spaces, like the one that traded hands recently. Prices range from $2.5 million to $12 million, depending on size and location, and whatever layout the owner chooses.

The Thermal Club is a haven for car collectors and speed enthusiasts, with members including VIPs from the world of motorsports (like racing team principals), businessmen, entrepreneurs, lawyers and investment bankers from the U.S., the UK, Canada and Kuwait.

To be a member of the Thermal Club, you have to buy a house there. Once you do, you get access to the racetracks, the clubhouse and the on-site village that offers anything from repairs and tuning, to gas station, servicing and safe storage.

Extra services include a concierge service, that does a lot of chores for owners (grocery shopping and preparing the villas in advance, for their arrival) and offers on-site transportation, and private jet charter.

The Club hosts its own racing series, The Thermal Club Triple Crown, but it is occasionally open to outside events, too. Track days are hosted by Lamborghini, Ferrari, McLaren or Porsche, and some of these supercars have made their official debut here – like the Lamborghini Huracan Performante and the Ferrari 488 Challenge. Other related events have also been held here, like Michelin tire launches.

If God was a gearhead, the Thermal Club is heaven. 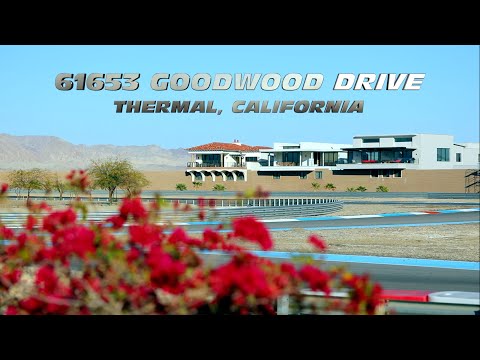 Want To Witness the Limit to Big Rig Customization? DMC Shows Off Their Magic

Quite Lite’s Quick Cabin Is a Tough Pop-Up Shelter for All Seasons, Wherever You Need ItSee all coverstories