2 How Much Can You Trust a Motorcycle Stunt Rider?

5 Backwards Wheeling While Standing on a Bike Looks Insanely Awesome
Car video reviews:
Up Next

Victory Stunt Team rider Joe Dryden became "officially amazing" as he entered the world of Guinness World Records title holders. On March 2, Dryden took a Victory Octane to the Speed World raceway in Orlando, Florida, in an attempt to break the standing record for the longest motorcycle burnout.
25 photos

An official Guinness World Record adjudicator was also present at the track, witnessing the entire feat, and at the end, he presented Joe Dryden with the sought-after world record certificate. Dryden put in just over seven laps at the Orlando circuit, and would have probably ridden longer should the rear tire of his Octane have lasted longer.The new world record for the longest motorcycle burnout now stands at 2.23 miles, which means 3,588 meters
The first to hit the track was Dryden's Victory Stunt Team colleague, Tony Carbajal, who tried his hand at the burnout game going for a moderate approach, but to no avail.

When it was Joe's turn to burn some rubber, he understood that he needed to go faster, knowing that the power of the Octane would play in his favor. "That was not easy, but it was a lot easier on a Victory Octane than on most other bikes. Once I found the ideal balance of braking and throttle, it was just a matter of time - and tyre rubber - before we set the new record," Dryden declared after the winning run.

At the end of the run, the rear tire of Dryden's Victory Octane disintegrated, and this, of course, makes us wonder for how long this record will stand. We bet there are many people out there looking for the right tires for the Victory Octane that would endure such abuse and set a new record. Things could become very interesting in case the burnout record homologation included the requirement to use stock tires that come with the Octane, don't you think? 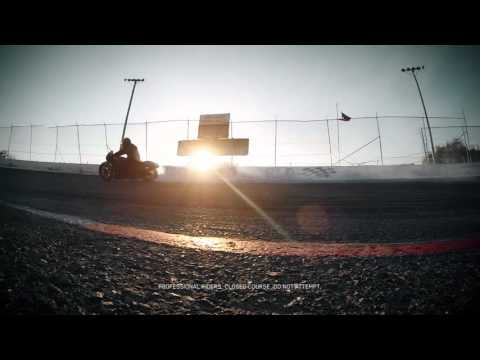