5 This Is How Moon Colonies Will Look Like 500 Years From Now as Seen From Earth
Car video reviews:
Up Next

If you are in the mood to see some insane aircraft project from the past come to life on your screen, then you’ve come to the right place: here is the Vickers Swallow in all of its unsung glory, taking to the sky and going full Mach 2.5 thanks to computer power and animation talent.
11 photos

The Vickers Swallow is not something that’s being discussed on a constant basis today, because not only was it born in the late 1950s, but died that decade too, never ending up on real-world runways.

The plane was the brainchild of British Vickers-Armstrongs engineer Barnes Wallis and was intended, like many others of its time, to make supersonic flight popular, useful and widespread in the years following the Second World War.

The thing was designed as a wing-controlled aerodyne, meaning the entire wing could move, but that’s about as far as Wallis got with it – that, and a number of static models and remotely piloted prototypes. The Vickers Swallow was never cleared for production and never matched with engines or transport capabilities. And it of course never flew in the real skies of the world.

In case you were wondering what the Swallow would have looked like in the air, the answer is simple: kind of like an airborne krill, with its cockpit protruding above the surrounding fuselage, just like the creature’s eyes above its body, and two thin wings swept back and holding a couple of skinny engines each close to their tips.

At least that’s how animation specialist Hazegrayart imagined it for the short video of the thing in action it published this week, and available for your enjoyment below this text. All of it CGI, granted, but yet another look at how the aerospace industry might have looked with such amazing planes around. 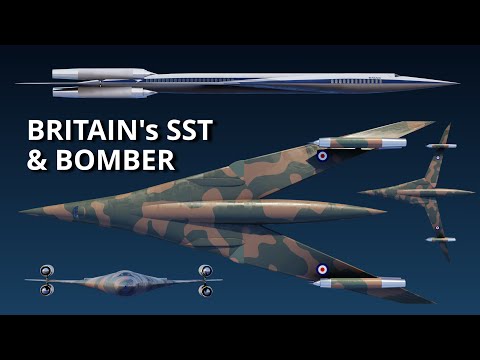