1 Aprilia Made Official Photos of the Mana X Concept 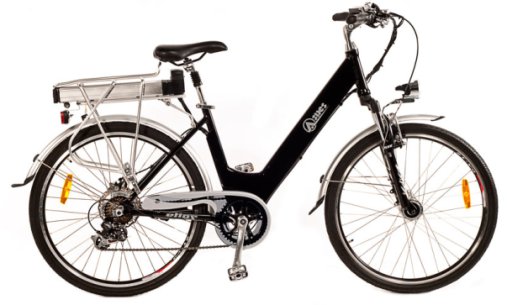 The EICMA moto show in Italy will be opening its doors next week to more models our envoys there will be able to count. Most of them will be, as the trend goes these days, hybrid or electric scooters and bikes.

One of the key players on the market, Aspes, will be bringing to Milan more than a fair share of products. The lineup will comprise two power assisted bicycles, dubbed by the manufacturer Elios and Sibilla and two hybrid scooters, Vega Hybrid 125 e Perseo Hybryd 151.

Powered by lithium ion batteries, the scooters feature a traditional 4-stroke combustion engine with a catalytic converter, and an electric motor which also acts as a recharger for the battery while on the move.

The scooters decide on their own what source of power to use while on the move. From speeds in between 0 and 18 km/h (11 mph) it works on the electric engine, from 18 km/h to 30 km/h (11 mph to 19 mph) it works on both electric and combustion engines, while above 30 km/h (19 mph) the scooter switches to the combustion engine only. When this happens, the electric motor begins to act as a generator to recharge the battery.

The models to be presented by the manufacturer in Milan will be made availble starting next month. The prices have not yet been disclosed. Expect those prices to be low though, thanks to incentives in place for such models.

autoevolution will be in Milan next week, so stay tuned for some real up close and personal images of these machines, as well as for first-hand details presented at the event.