MINI Countryman in China Next Month

Underground Racing Hits Us with another Gallardo TT 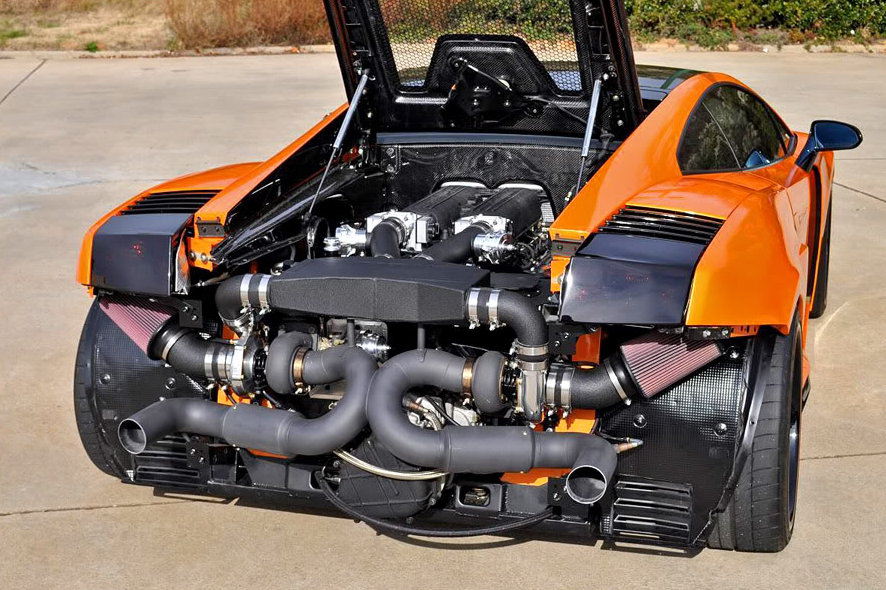 More and more gasoline engines are receiving turbochargers in order to become more efficient, as the world’s automotive producers are making efforts to cut fuel consumption and emission levels. This means that in the near to mid term future, the public will get used to the notion of a forced induction gasoline mill.

However, turbines also have a more entertaining role, being used for large capacity engines in order to offer a monstrous level of performance.

One of the most interesting forced induction pathways of the automotive world comes from the tuning scene and includes the twin-turbocharging of engines that already come with a hefty output in the factory stock, naturally-aspirated form.

Now, we are here to show you an example of such a development, a Lamborghini Gallardo, that has been played with by Underground Racing (vehicle entered our crosshairs via luxury4play). This is an American tuner that has made a habit out of almost doubling supercars’ power rating.

The Gallardo’s 5.2 liter V10 powerplant received Underground Racing’s stage III full kit, which allows the driver to play with no less than 1,000 whp. If the unit is fed with race juice, it releases a sci-fi 1,250 whp. Of course, the transmission has also been upgrade, in order to cope with the huge amount of muscle.

The vehicle’s exterior has also been modified, as the ride has been fitted with a widebody kit that offers it a dynamic look without using any extreme elements. The TT Gallardo rides on Heffner centerlock rims that use a multi-spoke design.