For all of those people that discredited the i3's dynamic performances before even trying it out, we have the perfect antidote. For the official i3 UK launch, the BMW branch on the island decided to set up a special track day using EVs and M3s.
1 photo
And what better car to compare it to than the E92 M3? A car fitted with the amazing S65 4-liter V8 engine that revs into oblivion. That is one of the best handling cars you can get out there, even though it was launched 6 years ago.

The track day was surprising, as the i3 performed more than admirably and BMW even had some professional instructors drag race with the all-electric vehicle and the last coupe M3.

One suspecting guy wanted to drag race the cars himself, as he accused the instructors of being bias and letting the i3 win. The result is posted below. Enjoy! 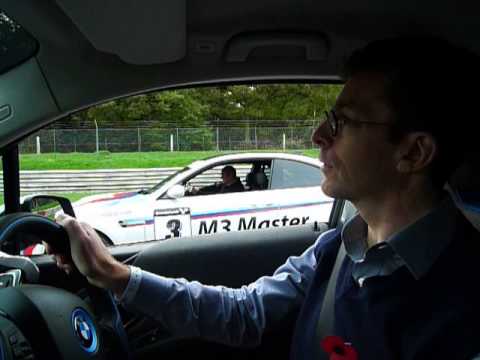