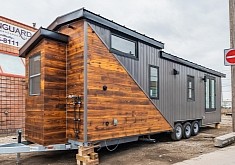 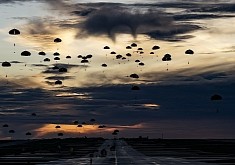 Tyler, The Creator’s Eclectic Car and Bike Collection Is as Cool as He Is

8 Nov 2022, 06:47 UTC · By: Elena Gorgan / Music mogul welcomes the public into his private life and shows off his most prized possessions, including the car collection that’s in for an overhaul

22 Oct 2015, 11:10 UTC · By: Gabriel Nica / BMW's new M3 and M4 models went from a V8 to a straight six configuration and that made some changes to how the world perceives them. This might be a solution

Can a Turbo VW Bora VR6 Keep Up with a Supercharged BMW E92 M3?

6 Sep 2015, 09:54 UTC · By: Gabriel Nica / The following video footage might be shocking to some viewers, especially those keeping supercharged V8s on a pedestal

26 Aug 2015, 15:40 UTC · By: Gabriel Nica / Why would anyone pit an all-wheel drive car against two rear-wheel drive ones with more torque on a wet track for a drag race?

Buying a BMW E92 M3 Will Ruin Your Life

28 May 2015, 12:42 UTC · By: Gabriel Nica / It seems like stroking old school naturally aspirated engines feels like a good alternative to forced induction. That's especially true in this case

31 Mar 2015, 14:03 UTC · By: Gabriel Nica / The guys from KK Automobile aren't globally known like their rivals from Germany but they do make some pretty amazing stuff, this E92 M3 included

Here’s How Quick Reflexes Can Save Your Life: Featuring a BMW M3 and Mazda MX-5

9 Jan 2015, 12:54 UTC · By: Gabriel Nica / If you love the S65 4-liter V8 engine in the previous generation BMW M3 then you have your reasons to. Some of them might include the razor sharp response of the gas pedal whenever you touch it with...