1 Lamborghini Made the Huracan Sound More Aggressive than the Aventador: Rev Battle

2 Craziest Lamborghinis In the World Come from Japan, with Spikes and Animal Print

Tyson Fury Shows Up at Klitschko Conference in Lamborghini, Dressed as Batman

In what may very well be the funniest video you’ve seen today, Tyson Fury is shown arriving at the press conference for his upcoming fight with Wladimir Klitschko aboard a Lamborghini Aventador. So what’s funny about that, you may say. Well, the man is dressed in a full Batman suit.
1 photo
I kid you not! The 6 ft 9 in (2.06 m) tall boxer had a little trouble getting in and out of the car but once he was on the roll, there were few people that could’ve stopped him. Running towards the conference room the man claimed that Gotham called him to save the city from the Joker. Care to guess to whom he was referring?

To Klitschko, of course, but not directly. At least, not at first. After his rival’s coach had stopped talking, a man dressed as the Joker showed up and confronted ‘The Batman’ at the event. Of course, Tyson having the explosive character boxing enthusiasts have grown used to, quickly jumped over the table to tackle the villain.

The whole thing escalated when the two went down in the crowd, taking some of the heavyweight champion belts along with them. After getting rid of the pesky intruder, Batman (Fury) turned to Klitschko and told him that he’s next. Quite an impressive claim from the undefeated boxer.

After all, he is going up against the man holding the WBA, IBF, WBO and IBO heavyweight titles at the moment and a man that won 53 of his wins by KO. Sure, looking at Tyson’s background, he is undefeated right now with 24 total fights but chances are still working against him.

The Ukrainian is one of the most successful boxers ever to enter the ring, with no less than 23 successful attempts at retaining his titles. On October 24, when his fight with Tyson Fury will take place, he might reach number 24 (quite a coincidence, huh?). Until then, let’s laugh a little. 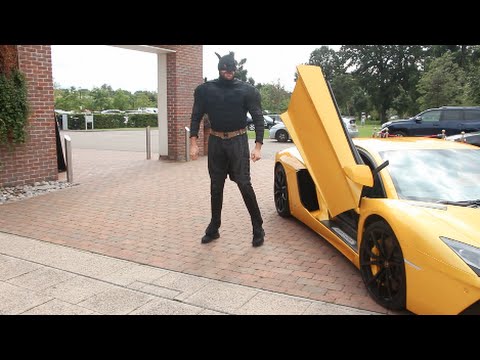 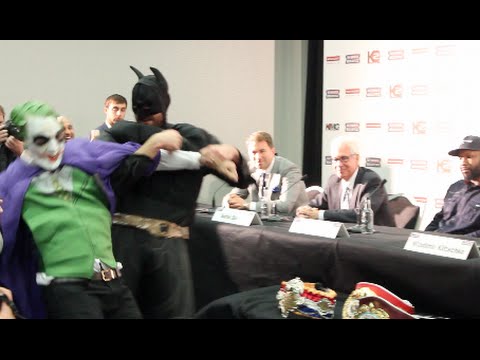