1 Tuned Tiguan Rolled out At SEMA
Up Next 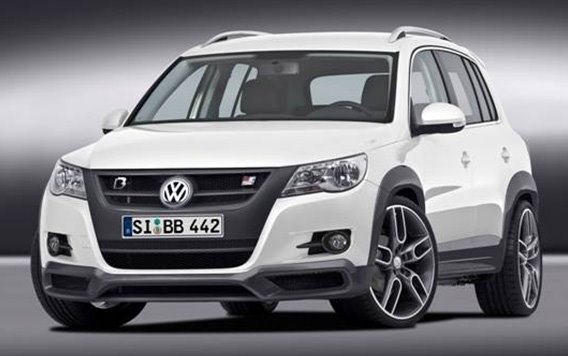 Volkswagen seems to be one of the most attractive automakers nowadays when talking about aftermarket models as more and more tuners around the world turn their eyes to models produced the German brand. The last in this series is the company's compact SUV, the Tiguan, which got tuned by B&B with numerous styling accessories and engineering components.

As said in the first paragraph, B&B also brought a series of styling modifications, including a whole new bodykit that makes the Tiguan a bit more aggressive. Exterior styling highlights include new side skirts plus multiple alloy wheel design in 18-, 19- and 20-inch format.

Volkswagen Tiguan first saw daylight in 2006 in the form of a concept vehicle displayed at the Los Angeles Auto Show. The first production model was officially showcased at the 2007 Frankfurt Motor Show while sales began in 2008 and early 2009 in various markets across the world.